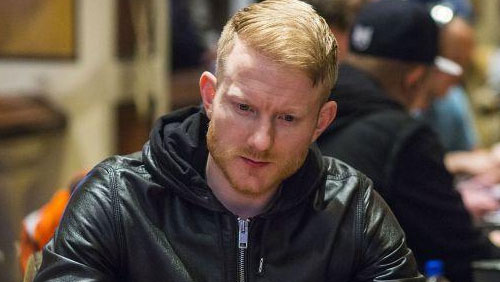 Jason Koon increases his workload away from the tables after signing on the dotted line to become the first-ever ambassador for Triton Poker.

Pay heed to the old maxim you are the sum total of the five people you spend your time with if you want to become one of the best poker players in the world.

If Jim Rohn were a poker player, Jason Koon would be one of his five. The man from the Mountain State is a mountain in more ways than one. Technically brilliant, emotionally sound, and the type of guy you want around the picnic table because the little critters that buzz around your food are afraid of him.

The impact that Koon has had on the high roller scene in the past three years has been champagne cork popping. All told, Koon has won close to $20m. You fire a gun that loud, and you’re going to draw the attention of some serious muscle.

Koon is the first player to represent the Triton Poker brand as an ambassador and will feature at every leg of the Triton Super High Roller Series in 2019, beginning with Jeju, South Korea, March 2 – 9.

Speaking of the appointment, Koon, said, that joining the Triton team was a no brainer and called the player experience at a Triton event second to none.

It’s unusual for someone to become a brand ambassador for a competing live tournament brand, but it’s not the first time that the Triton and partypoker’s stars have aligned in the cosmos. partypoker sponsored the Russian live stream at the 2018 Triton stop in Montenegro, and Triton put on a series of events during MILLIONS Russia in Sochi.

Koon was a key player at the 2018 Montenegro and Jeju Triton events making four final tables, including winning the 103-entrant HKD 1,000,000 No-Limit Hold’em Short-Deck Ante-Only event for a career-high $3,579,836. Outside of his tournament success, Koon was also successful in the cash games, featuring in the most significant No-Limit Hold’em cash game pot ever televised when he dragged in a pot worth €2,090,000 against Elton Tsang.

Talking about his upcoming appearance in Jeju, Koon said, “Jeju is a beautiful stop. The Landing Resort and Casino is enormous with tons to offer everyone. It was one of my favourite stops in 2018.”

The Triton Super High Roller Series is threatening to run with the high roller scene like a feral cat runs with a mouse in its mouth, promising six events in 2019, including a buy-in even more significant than the $1m buy-in Big One for One Drop.