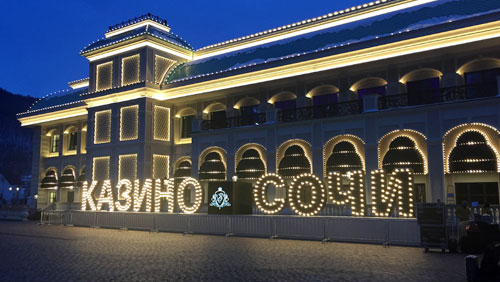 Triton Poker and partypoker LIVE have extended their relationship to include two Triton branded events during partypoker MILLIONS Sochi in August.

Martin Jacobson and I are chewing the fat on a couch underneath the dying light of the Barcelona sunshine. We’re talking about the importance of networking, and leveraging relationships,

enabling you to progress as a poker player, particularly when you want to play the highest stakes in the game. It seems ‘networking’ isn’t only a necessity for players when it comes to the games that hold the largest amounts of cash in their guts.

In May, the Triton Brand emerged from a Smaug like hibernation, with a humdinger of an event in Montenegro on the Adriatic Coast. The brand, created by the Malaysian businessman, Richard Yong, had made a successful debut in 2017, holding events in places like Montenegro, Manila and Macau, but since then the whole world had gone a little High Stakes nuts.

Would the brand struggle to be heard amongst all of the noise?

Triton found a niche amongst the high stakes market by turning their high stakes cash game: Short-Deck, Ante Only, into a big buy-in multi-table tournament (MTT). In addition, Yong leveraged his network to ensure the likes of Phil Ivey, Tom Dwan, Patrik Antonius and a host of wealthy amateurs turned up for the event.

Then the jewel in the crown.

A €1m sit down cash game broadcast on the Internet, with little marketing, advertising or word of mouth. One day poker players were talking shit about nothing on social media, and then suddenly €2m pots from Montenegro stole the show.

The community lapped it up.

One company that saw Triton’s potential was partypoker. Before Jason Koon had even dreamed of winning more than €4m in a game he had never played before, partypoker negotiated a deal with Triton to sponsor the Russian Live Stream.

During the Montenegro event, a delegation from Casino Sochi and partypoker LIVE visited the event to talk business. The result of those meetings is not wholly clear yet, but we do know the next step in proceedings.

The Triton Poker brand will make an appearance at the partypoker MILLIONS Sochi event.

In a press release issued by partypoker, the team spoke of the Triton brand as being the ‘most prestigious Super High Roller Brand in the world” and partypoker LIVE as the ‘world’s biggest poker tour.’

Two Triton events have been added to the schedule, and will appear on the livestream.

My gut instinct tells me that partypoker is keen to develop personal on the ground relationships with the loudest voices in the high stakes community. I believe they see great strength in cornering this market, and are choosing to make Triton an ally instead of a competitor (partypoker could easily start hosting Short-Deck events).

On the other hand, the Triton brand gets an airing in Russia for the first time thanks to the partypoker Sigel. I think this is important for a number of reasons. The Russians seem to trust the partypoker brand. Sochi was the place after all where partypoker proved they could outmuscle PokerStars Live in a straight up arm wrestle. Russia is also home to some of the biggest live cash games in the world that we never get to see.

The two Triton Events form part of a much bigger deal at Sochi, who earlier this year were announced as a long-term partner of partypoker. The five-star Black Sea Resort, Casino Sochi, will host the following events.

partypoker’s other strategic partners, Dusk Till Dawn (DTD) and King’s Casino will also cobble together to lay on some private jets to ensure those fortunate enough to be in the know will land in Russia in luxury.

It’s all about leveraging those relationships, folks.