The Triton Poker series is back, and this time they may have found a niche in the high stakes market, introducing Short-Deck, Ante Only live poker for the first time at these insane buy-in prices. 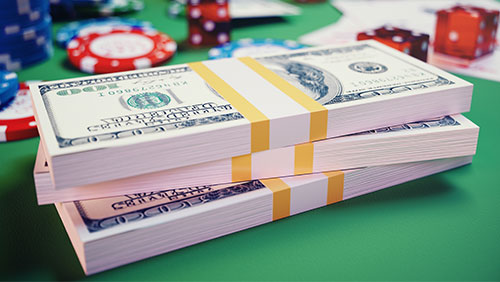 When Neymar Jr isn’t playing online poker, he’s not bad at football. At 26-years-old, the most expensive footballer this side of the jackfruit wrap staring ominously at me from the fridge is a veritable legend in Brazil. But what makes him so great?

Neymar Jr scored 54 goals in 102 games for Santos; 68 goals in 123 games for Barcelona, and 19 goals in 20 games before he broke his toe playing for Paris St Germain. He has scored 53 times in 83 appearances for Brazil.

But it’s not the goals that make him so great.

It’s his ability to find space.

If you want to be ‘known’ in a crowd, you have to find space. It’s a problem Triton Poker faces as it throws it’s hat into the High Stakes poker ring with a return to the Maestral Resort and Casino in Montenegro.

Founded in 2015 by the Malaysian businessman and philanthopist, Richard Yong, as a way to offer wealthy Asian business people an arena to compete in luxury against some of the world’s top poker players, the Triton Poker Series readies to enter its third season.

The team at Triton is keeping the tour schedule close to their chest hairs, but they have announced one stop.

From May 13-18, Triton Poker returns to the Maestral Resort & Casino in Montenegro for another weekend of high stakes jinks.

The world of high stakes poker is as tight as a Sean Dyche midfield.

Watching live poker is a little like standing outside a cafeteria toilet for 20-minutes before realising you should have pushed instead of pulled. The shot-clock has changed things. But the game is still more tortoise than hare.

It’s a 36-card deck game (removing 2s, 3s, 4s and 5s). There are no blinds, only antes. The ace plays like a five as well as the high card. You don’t need to be a Sam Harris podcast guest to know this means a high octane game.

In a game of Short-Deck, Ante Only poker, each player posts an ante in line with the structure sheet. The player on the button posts a double ante. The player to the left of the button acts first, and the game plays like NLHE from that point onward.

The game is popular in Asia because it reduces the edge between the amateurs and the professionals, and increases the action as the odds of flopping a playable hand are so much higher.

It’s the first time the game has appeared live in any of the top-notch live tours at the high stakes level, and every single hand will be broadcast live to English, Russian and Chinese speaking audiences around the world.

PokerStars Team Pro, Randy Lew, will join Kane Kalas in the English live stream booth. The Russian duo of Mikhail Semin & Ilya Gorodetsky take care of that side of the world. I don’t have the names of the Chinese commentators but know Triton is beaming the action live through the following broadcast portals – douha tv, Panda tv, LongZhu tv, DZPK and 最强牌手.

It’s worth noting that partypoker is sponsoring the Russian live stream indicating a possible future relationship between the these two Titans of live poker.

The new kid on the block kicks things off.

Is the Short-Deck format the space in the market, and are Triton Poker the ones to fill it?

Perhaps, the organisers should give Neymar Jr a shout. It seems the lad is a tad bored, and we all know he likes a game of cards. I am sure he would find the space in his schedule.