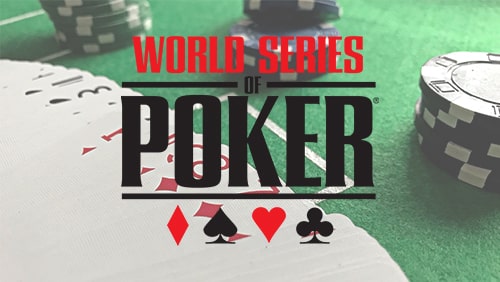 High roller crusher, nice guy, poker legend. What more is there to say about Jason Koon? Well, how about Poker Players Championship winner? It’s the tournament all the professionals want to win, the one with the ultimate in bragging rights, and with a massive $1.8 million up top, Koon will go into the final table this coming Saturday with the chip lead.

The prestige of the mixed game title cannot be underestimated. Whether live in Las Vegas with a $50,000 buy-in or remotely from home this year with a $25,000 entry fee, the Poker Players Championship carries with it a certain caché. Winning a World Series of bracelet of any kind is a great achievement, but winning one at those stakes against the sort of specialists in mixed games that arrive to play for the Chip Reese Trophy is something else.

This year, of course, due to Coronavirus, players are behind computer screens, so the best in the world get to appraise their opponents’ moves by the time it takes them to raise, or the bet-size of that power play instead of looking into the whites of their eyes. That didn’t deter 407 players ponying up the exorbitant high roller entry fee to take part.

With a guarantee of $10 million in the kitty, the entries mean that was raised to just past the initial prizepool, with a massive $10,175,000 to be played for.

At the end of late registration, that field had been reduced to less than half of its total attendance, with only 171 players battling for just 55 players to be paid. The bubble period was one of the tensest periods of the event, with $57,592 up for grabs to anyone finishing in the top 13.5% of the field.

The bubble would burst when two big players departed.

First, Dan Smith, one of the best players in modern poker and a generous soul, running the popular charity ‘Double Up Drive’, called New Yorker Shankar Pillai’s shove in no limit hold’em. Pillai had ace-ten, and with Smith holding pocket sixes, a race would decide his fate. Sadly for Smith, an ace on the flop and no six or running cards spelled doom for the man who sits 5th on the all-time money list for live tournament winnings with $36.7 million from the live felt alone.

That left only one player to need to leave for the party to get started inside the money places, and it was Australian player Michael Addamo who bubbled, shoving with ace-jack and being called by Aleksejs Ponakovs, who held ace-king which held.

Once inside the money places, a glut of bust-outs saw many big names cash without running deep. Belgian legend Davidi Kitai and American crusher David Peters were just two of the previous bracelet winners to leave the action and head to the virtual rail, which probably meant registering anther tournament.

Others such as Chris ‘Jesus’ Ferguson, Jake Schindler and Stephen Chidwick, who has already booked a Day 2 seat in this year’s GGPoker WSOP Main Event, also busted to miss out on the final table.

The final table bubble lasted even longer than the money bubble and was eventually ended when British pro Jack Salter was all-in for scraps with pocket eights and called by the aforementioned Pillai, who had ace-jack. An ace on the flop and another on the river ended Salter’s hopes, and saw him cash for $126,773 instead of making the final nine.

The final table chipcounts saw Jason Koon end up on top with 39 big blinds to attack with when play resumes this coming Saturday, August 29th at 6.00pm UTC.

With 7,863,055 in chips, Koon, who has over $31 million in live results in his poker career, will be the chip leader no-one wants to see have chips at the final table. Highly respected by his peers, when players like Antonio Esfandiari, Phil Ivey and Daniel Negreanu rate you this highly, you know you’ve made it.

Koon will be hoping to seal the win and bank that incredible $1.8 million top prize rather than cashing in 9th place for the comparatively paltry score of $154,416. He’ll have plenty of competition, however, with Pillai only just behind him on 6.8 million chips (34 big blinds).

Others looking to make a final day move with blinds of 30 minutes include well-known American pro Chris ‘Big Huni’ Hunichen (4.1 million), dangerous Latvian Aleksejs Ponakovs (3.8 million) and Brazilian player Brunno Botteon, who comes in with the short stack and nothing to lose with 1.7 million chips, equating to just nine big blinds.

With everything on the line, can Koon seal the deal? We’ll bring you all the action from the final table when it concludes at the weekend right here on CalvinAyre.com.