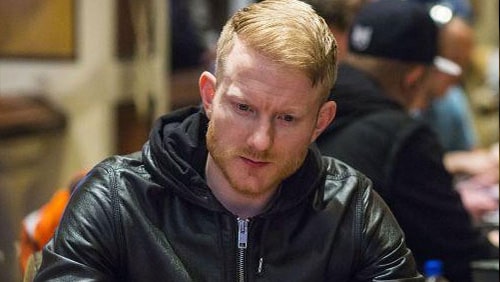 Of all the players to fully embrace the modern poker career, Jason Koon is one of the most respected and revered players at the table.

It’s been hard work to get to the top, but Jason Koon is today one of the best poker players of his generation. How did he get there, and which parts were inspiration and perspiration? Let’s take a look.

The Cure Beats the Injury

Jason Koon hails from West Virginia, and had a tough time growing up, victim of bullying and abuse, as he revealed in this highly personal interview.

After graduating, gaining a Masters in Business Administration and Finance, Koon suffered an injury and while in recovery, started playing poker. With his education roomie teaching him NLHE, Koon started studying the game and made the most of his talents as quickly as he could.

The Rise to the Top

Koon played on PokerStars and Full Tilt, becoming highly profitable on both sites, including taking down a SCOOP event for over $300,000 and chopping a FTOPS event for over $450,000.

Koon’s inexorable rise didn’t only come at the online felt. In live events, Koon cashed for the first time aged 23 in a $1,000-entry Deepstack event in Las Vegas. Koon loved Sin City, and of his first 18 cashes, 16 of them were in the Neon hub in Nevada.

Koon started winning big, and not just in cash games. Tournament were started to be tamed by the man who was dedicated to his craft. Training to become physically strong, Koon was just as formidable at the tournament tables. He was winning six figure scores all over the place and his major event titles were right around the corner.

King of the Hill

It says a huge amount that Jason Koon’s biggest fans would appear to be his poker peers. Some of his biggest results have come in the toughest events, against the best players. At 35 years old, Koon might be the best player never to win a World Series of Poker bracelet, but it surely can’t be long until that fact is rendered untrue.

Koon’s biggest live tournament cash is the $3.5 million he won by taking down the Triton Poker Short Deck event in Montenegro in 2018, but that’s just one of an amazing eight seven-figure results in the West Virginian’s career. Koon won a million dollars for the first time back in 2016 , taking down the $5,250-entry Seminole Hard Rock Poker Open in Hollywood. He’s won high rollers, super high rollers, and came third in the $300,000-entry Super High Roller Bowl in Las Vegas in 2018.

At just 35 years old, if he wants it, a long and highly successful poker career is surely Koon’s for the taking. The work he puts into his game and staying in peak condition may be hard to maintain over the coming years, but as luminaries such as Phil Ivey can personally testify, if anyone can, Jason Koon can.