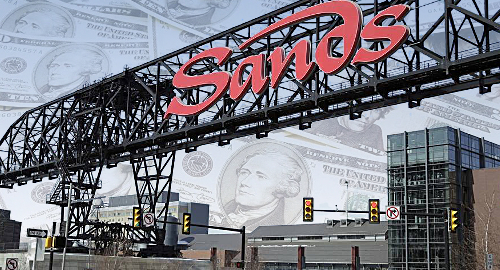 Pennsylvania’s casino gaming revenue set a new record in 2018, albeit just barely, and despite a sub-par performance by the state’s gaming tables.

Figures released Wednesday by the Pennsylvania Gaming Control Board (PGCB) show the gaming tables at the state’s 12 brick-and-mortar casino operators hit $74.5m in December, a 1.75% fall from the same month last year. December’s take brought the full-year’s table total to $878.8m, a decline of 1.34% from 2017’s full-year figure.

Pennsylvania authorized slots-only casinos in 2006, following that up with legal table games in 2010. Total slots revenue since the market’s launch now stands at $25.94b, while tables have brought in $6.43b, making a grand total of $32.37b.

Pennsylvania’s 2018 total compares favorably with the casinos just across the border in Atlantic City, which brought in $2.51b in purely slots and table revenue last year, although New Jersey’s online gambling and sports betting markets boosted that total to $2.9b.

Pennsylvania only witnessed the launch of its first sportsbook in November, and the state has yet to launch its first locally-licensed online gambling site. That online debut was expected to arrive sometime this spring, but the federal Department of Justice’s recent legal opinion on the scope of the Wire Act has some observers questioning whether the state now intends to proceed along its original timeline.

On Wednesday, the PGCB issued a statement saying the regulator would “continue to regulate the legal forms of gaming as provided for in the Gaming Act.” That said, the PGCB plans to “thoroughly review and discuss the [DOJ] opinion to gauge any ramifications to gaming activities in Pennsylvania.” So, like most people, the PGCB has yet to fully comprehend the possible fallout of the DOJ’s about-face.

Meanwhile, the new owners of Pennsylvania’s Sands Bethlehem say they plan to invest $190m into building a second hotel and possibly a water park on the property. Wind Creek Hospitality, an affiliate of the Poarch Band of Creek Indians that purchased the casino in March 2018, said it hopes to commence its development plans once state regulators finally sign off on the sale.