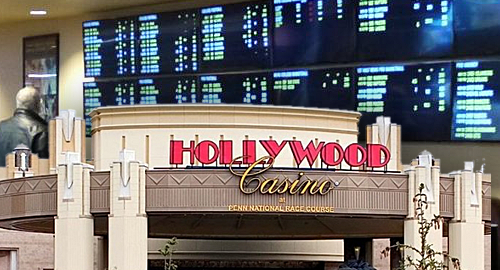 Pennsylvania’s initial sports betting figures are in, and they show how deep a bite the government intends to take out of the proceeds.

Of this $1.4m, the William Hill-powered sportsbook netted an impressive $509k in revenue, indicating a somewhat absurd hold rate of over one-third. (PA bettors, hang your mug heads in shame.) The state’s mandated 36% share of this sum came to over $183k, leaving a more modest $326k in gross revenue for the book.

The state has since launched an additional two sportsbooks at the SugarHouse Casino in Philadelphia and the Rivers Casino in Pittsburgh, and these books’ locations in more populated areas of the state than Hollywood should provide a good boost when December’s numbers are released. The state has yet to authorize any online or mobile wagering products.

As for the casinos’ traditional revenue, the PGCB reported statewide gaming revenue of $254.3m in November, essentially flat from the same month last year. Slots revenue was up 1% to $183m while table games revenue fell 1.3% year-on-year to $71.3m.

Parx Casino retained its market-leading status in November with total gaming revenue of $48.2m, while runner-up Sands Bethlehem was well back of the mark with $40.3m. For the second straight month, Sands’ overall performance was largely undone by its poorly performing table games, which reported another month of double-digit declines, while table runner-up Parx posted another double-digit rise.