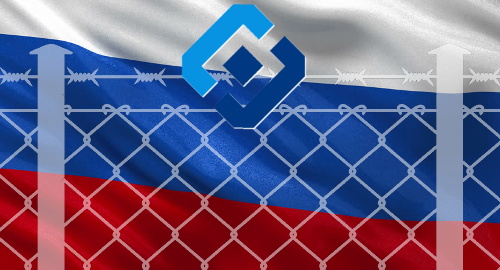 Russia blocked more than twice as many unauthorized online gambling domains in 2018 than the previous year, and 2019 will likely see the annual total climb even higher.

The online blacklist of Russia’s telecom watchdog Roskomnadzor targeted over 130k gambling domains in 2018, up from just under 63k in 2017. Most (but certainly not all) of these offending domains were international variants of Russian-licensed brands such as Fonbet and Parimatch that offer products not approved by Russia, including online casino and poker options.

The new year is only two weeks old, but Roskomnadzor has already banished nearly 5k gambling domains to its digital dungeon. The regulator recently signaled that it was prepping new, more efficient tools to ensure Russians can’t access online content the government doesn’t want them to find.

Last week, Russian media reported that Google had begun complying with the regulator’s demands by connecting to the federal state information system (FGIS), which stores the list of banned resources. Russian-approved firms must connect their systems to the FGIS to ensure newly banned domains are automatically blocked within an acceptable timeframe.

On Tuesday, a Roskomnadzor spokesman told Interfax that the watchdog had given Google until the end of February in which to demonstrate full compliance and adherence with its FGIS obligations. The watchdog warned that if Google’s filters fail this test, the tech giant will face another administrative case, which this time could result in Google’s Russian site ending up on the banned register.

Russia’s new rules forbidding payment processing for international online gambling operators took effect last May but it was only last November that the government began pressuring domestic banking firms to comply. The FTS blacklist is intended to ensure banks have no wiggle room when it comes to denying awareness of a company’s blackguard reputation.