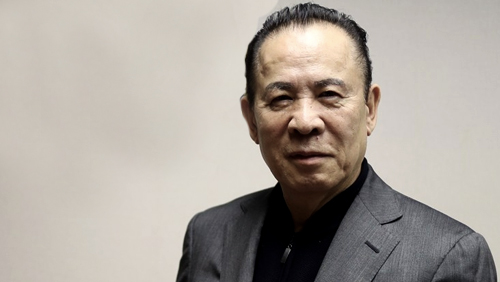 The feud between Universal Entertainment and its former chief, Kazuo Okada, continues. Okada was ousted from the company two years ago after reports surfaced that he had been involved in a number of shady deals and he has been trying to regain power ever since. Although those attempts have so far proved to be futile, he can’t resist looking for different angles at every turn in order to keep Universal on its heels. In his latest move, he has approached the Philippine Stock Exchange (PSE) in an effort to keep a Universal subsidiary from going public.

Okada, who is accused of absconding with $20 million of Universal’s money for his own purposes, wants the PSE to not allow Universal subsidiary Tiger Resort Asia Ltd. to be listed on the exchange. He argues that the company has no authority to proceed with the plan after it acquired a majority stake in a company that owns the $2.4-billion Okada Manila integrated resort in the Philippines last September.

According to a letter sent by Okada’s lawyers to the PSE from three days ago, which was subsequently sent to media outlets as well, the lawyers assert, “The backdoor listing is not authorized and is opposed by the casino magnate, the true and legal beneficial owner of controlling shares, and Chairman or Sole Director, in all Okada Companies.”

They further assert that the listing should be denied because “there exists, at bare minimum, a serious issue as to whether Fujimoto et. al. are legitimate directors/officers of Tiger, and the rest of the Okada Companies, that can act for and on behalf of said Companies.”

Today is a public holiday in Japan. Because of this, there has yet to be a response by Universal, Tiger Resorts or the PSE. Undoubtedly, news outlets will be anxiously waiting to hear the next chapter in the Okada soap opera tomorrow.

Last week, a Philippine court ordered Okada’s arrest. That decision came after the courts found that there was sufficient evidence to hold him on the allegations of corruption and misappropriation of company funds. After being arrested and appearing before a judge, he was released on bail.