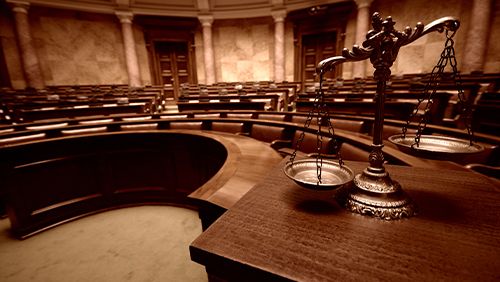 Kazuo Okada is no stranger to the courtroom. The former CEO of Universal Entertainment has spent the past couple of years trying to defend himself in front of judges for what can only be considered highly questionable business tactics, and has repeatedly found himself on the losing end of the litigation. He’s had a couple of minor victories along the way, but nothing worth writing home about – until now. As he continued to do battle with his former company in a Hong Kong court, he has now been given a substantial win after a judge denied a request by Universal to freeze hundreds of millions of dollars in assets controlled by Okada. Having access to that money should help him cover the cost of his massive YouTube giveaway.

Universal is going after Okada for $620 million, asserting he completely mismanaged the company’s development of the Okada Manila resort in the Philippines. That ultimately led to cost overruns and delays, and the company wants its former CEO to be personally held accountable because he “undermined all control measures put in place to minimize risk, prevent the diversion of funds and prevent cost overruns,” according to the lawsuit. The expected cost was right at $2.43 billion but, as of September of last year, was already at $3.05 billion.

The ongoing battle between the two had to take a vacation because of the coronavirus, so Universal went to the judge to request a Mareva injunction, a type of court order that prevents an individual or entity from removing or selling assets. The company asserted that Okada might try to unload substantial amounts of holdings that would have otherwise been used to cover the claim if it ultimately wins.

The verdict doesn’t bring the lawsuit to an end, but it might have provided a glimpse into what Universal can expect. Judge Russell Coleman determined that the company had not properly showed the necessity of a Mareva injunction, adding that there was “obvious difficulty” connecting the Okada Manila delays directly to the former CEO. He added, “Until the submissions at the hearing, the plaintiffs do not seem to have countenanced that the damages claim is realistically not simply the dollar figure of overspend. Once it is acknowledged that US$620 million is unlikely to be the right answer, and the alternative figure offered by reference to a different date (US$112.6 million) suffers the same intrinsic difficulties, I am afraid that I do not think there is really any evidence demonstrating a good arguable claim to any particular figure.

“Even doing the best on the available evidence, I think that if I were to alight on any damages figure, I would be doing no more than choosing that figure in effect arbitrarily.”

Universal will have to revisit its approach if it expects to ultimately win its case in court. For now, though, Okada is off the hook, even getting a bonus win from the court decision. The judge ordered Universal to cover his court costs related to the freeze request, which add up to around $250,000.