Kazuo Okada is starting to see some redemption in his fight with Tiger Resort, Leisure and Entertainment Inc. (TRLEI), the promoter of Okada Manila and his former company. Calvinayre.com has learned the Manila City Prosecutor’s Office has thrown out perjury accusations against the tycoon for reasons of “lack of sufficient evidence and merit.” 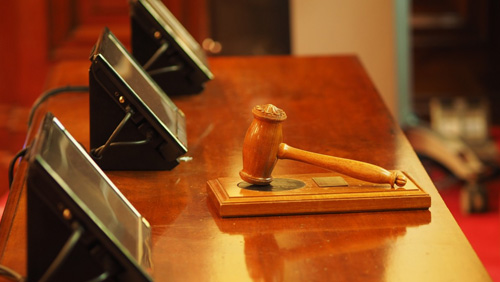 Okada was originally accused of perjury by attorney Kenji Sugiyama, representing Tiger Resorts. That was based on two contradictory claims in a complaint filed by Okada, in which he said that he never lost majority ownership of Okada Holdings Limited, Universal Entertainment Corporation, Tiger Resort Asia Limited and TRLEI, but also claimed to have regained ownership of the companies.

Although true that the comments are contradictory, it’s pretty obvious he wasn’t attempting to mislead the court. The prosecutor’s office felt that way too, and in their 12-page resolution, Senior Assistant City Prosecutor Francisco Salomon said:

“A conviction of perjury cannot be sustained merely upon the contradictory sworn statements of the accused…The prosecution must prove which of the two statements is false and must show the statement to be false by other evidence than the contradicting statement.”

This is a small victory for Okada, but it could signal a shift in momentum in the drawn out battle between Okada and his former companies. To help that effort, he’s also recently taken to YouTube, speaking to the public and playing on their sympathy for his plight. How that will change the minds of judges though is unclear.

Okada will need to make up a lot of ground and fast if he hopes to take back control of his companies though. Okada Manila, the casino named after the man, has experienced continued success despite his departure, with huge GGR growth in recent months. With legal trouble still facing him on several fronts, and losses mounting already, it looks like the group of companies are getting ready to leave him in the dust.

With very little working in his favor, and this recent favorable decision in Manila, maybe the YouTube videos are working?