Kazuo Okada is hoping he can buy his way back into the public’s good graces. He has recently embarked on a social media campaign that will reportedly include frequent updates on YouTube and Twitter and has also announced that he will give away around $890,000 to one of his social media followers. Okada has already uploaded one video to YouTube and now has made his second available to the world. 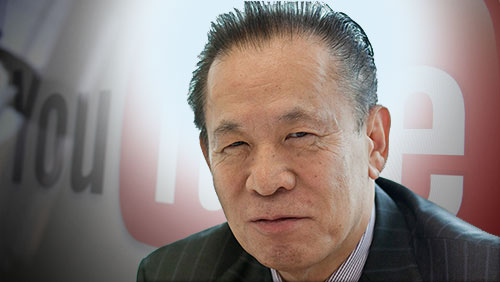 Okada wants to regain control of the companies from which he was forced out. In order to help this happen, he expects the social media presence and cash bribe will go a long way to setting the record straight. After his new campaign was launched last week, he has already amassed 4,000 followers on Twitter and his first YouTube video was viewed over 7,100 times.

The newest video, available on Okada’s YouTube channel, seem to show a commitment to following through with his promise. The second video is designed to be a self-introduction, opening with the assertion, “You probably don’t know me,” and stating, “I started with nothing nearly 50 years ago. There is a reason I’m here. I’ve been removed from my position as chairman of the company that I founded and was running. This is extremely offensive.” Okada was referring to Universal Entertainment Corp.

The video, which has 1,800 views, includes a request for followers to continue supporting him and a pledge to offer more videos. It also reminds his followers of the major cash giveaway.

Universal responded to the campaign publicly over the weekend and reassured everyone of its position to keep Okada out of the company. It said in a statement, “We have nothing to say. To put it bluntly, there is zero possibility of Kazuo Okada being reinstated.”

Okada had been pushed out, according to the company, for a number of questionable decisions he had made. He reportedly wrote himself checks from company accounts that were above his normal salary and which were not approved by the board of directors and was also involved in a legal dispute over the approval of a supply contracts to a company in which he was a partner.