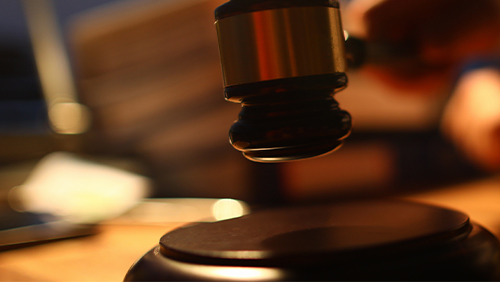 It’s been an interesting few years for Kazuo Okada, the embattled former CEO of Universal Entertainment. He has been fighting his forced removal from the company on several fronts and has repeatedly dealt with litigious drama from all sides. On top of that, he was ostracized from his closest circle – his wife and children – as the onslaught continued. While he may have gotten a reprieve this week in a Hong Kong court, he hasn’t had the same success in Japan. A judge there has just ruled that there’s no chance in hell Okada will be allowed to retake a seat on Universal’s board of directors.

The latest chapter in the ongoing saga centers on a trust agreement that includes two of Okada’s children, son Tomohiro Okada and daughter Hiromi Okada. Through the agreement, Hiromi had 9.78% of Universal through its parent company, Okada Holdings Limited (OHL), while Tomohiro held 43.48%. Hiromi had relinquished her percentage to Tomohiro in 2017, which gave him majority control of the company and allowed him to give his father the boot.

Hiromi later had a change of heart and made amends with her father, leading to an assertion in court that she had been tricked into giving up her share. In February of last year, a Tokyo court upheld the terms of the agreement, but Hiromi, along with Kazuo, appealed to try to get the decision overturned. That appeal has now been rejected, and the trust agreement will stand, leaving Tomohiro in control.

There’s no chance for another appeal, either. According to the court judge, the trust agreement “remain in effect for 30 years, with Tomohiro Okada given control of OHL. This effectively prevents former Chairman Kazuo Okada from returning to the boards of both OHL and UEC, as well as its subsidiary, Okada Manila, within this period. The Tokyo High Court had also previously rejected another petition by the defendant, making the Tokyo High Court decision final and binding.”

The 30-year expiry is the key component that essentially keeps Kazuo out of the picture permanently. Given that he is now 77 years old, he won’t be around long enough to see the agreement come to an end, unless he finds the fountain of youth.

At least July hasn’t been a complete loss for the man accused of misappropriating millions of dollars from the company he was meant to lead. A Hong Kong court recently denied an attempt by Universal to freeze assets worth $620 million it claimed he could try to unload while the company sues to recuperate losses caused by budget overruns and delays associated with the Okada Manila casino resort in the Philippines.