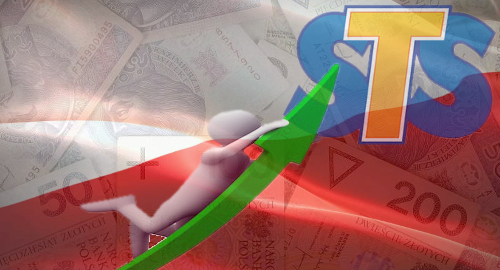 The Ministry has yet to publish these figures on its own site, and the report didn’t break out separate online turnover figures. The report did claim that Polish-licensed bookmakers snared a 48% share of 2018’s online betting market, eight points higher than at the end of 2017. Prior to the implementation of Poland’s new online gambling regulations in April 2017, estimates of Polish-licensed operators’ share ranged as low as 10%.

The locally-licensed market share improvement is at least partly attributable to the Ministry issuing seven new online betting licenses in 2018, bringing the total number of Polish-licensed online options to 14, although some of these new licensees have yet to launch their Polish-facing sites.

Local operator STS reportedly claimed a 47.1% share of Poland’s regulated online betting market last year, while the Polish subsidiary of Czech operator Fortuna Entertainment Group claimed a nearly 34% share. Totolotek – which Intralot is attempting to acquire – ranked third with 7.3% and forBET placed fourth with 4.4%, with all the other licensees splitting the remaining 7.3%.

The Ministry of Finance’s blacklist of internationally licensed online gambling operators serving the needs of Polish punters without Poland’s permission currently stands at 5,414 domains, about 150 or so more than mid-December’s tally.

On Monday, the Ministry issued a reminder to telecom operators and payment processors of their respective obligations to block blacklisted domains and refuse to process financial transactions for any site whose domain appears on the register. The Ministry further warned that failure to uphold these obligations exposes telecoms and processors to fines of up to PLN250k ($67k) per infraction.