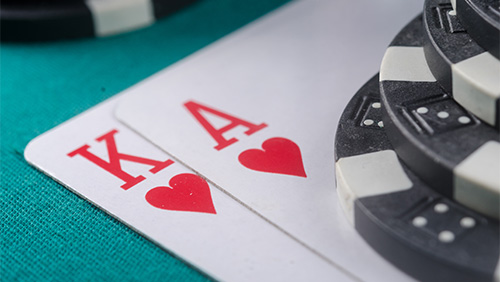 3: Barrels from the World Poker Tour including a few big names winning side events at the WPT Gardens Poker Championships, a new app, and an appearance at the Palm Springs Film Festival for Walking to Vegas star Vince Van Patten.

It doesn’t matter how many ways I think about this one; I still end up with the same question – why did the World Poker Tour (WPT) schedule the WPT Gardens Poker Championship, now?

Today, I stood in the middle of the PokerStars Player’s No-Limit Hold’em Championship (PSPC) tournament area and felt the whip of the lash that hangs from the knuckles of a fantastic poker tournament.

I didn’t need to be here to feel the welt. PokerStars has worked on creating an event with the hook of all hooks for a year. We knew it was going to be the most significant event of 2019, outside of the World Series of Poker (WSOP).

Maybe, the WPT is confident that their North American customers are going to turn out in force for a $10,000 on their doorstep, rather than grabbing Mary Poppins’ umbrella and drifting into the Bahamas.

At the time of writing, four side events have walked out of the back door, and the results of two of them belong to two stellar souls.

Garcia has now won $2.4m playing live tournaments, winning nine of them, including two Heartland Poker Tour (HPT) wins, two World Series of Poker Circuit (WSOPC) gold rings, and, of course, his 2015 bracelet win after conquering a record 22,374 entrants in the $656 COLOSSUS for $638,880.

Here are those final table results.

The other shark who ended up in a goldfish bowl was the Season XIV WPT Player of the Year (PoY), Mike Shariati, who won the $175 Knockout Bounty event for $7,090. There were 273 entrants in that one.

WatchWPT Now Available on Google Play and The App Store

Elon Musk believes that in our future we could be so far below advanced artificial intelligence (AI) that we would be nothing more than a housecat, and apart from being able to lick my private parts, I can’t see how that’s an improvement on being human.

Musk believes the best solution is to have an additional AI layer on top of your limbic system and neocortex working symbiotically, and if you think that sounds a tad extreme, consider that we are already cyborgs.

Stop what you’re doing, and walk into a public place.

Now, look around, and what do you see?

Do you see lots of people wearing earphones or playing with phones and laptops?

We have more power today than the American President had twenty years ago, and Musk isn’t the only person who knows this – a man who looks like a former American President, and runs a super cool poker company is also privy to this information.

The WPT has a new mobile app called WatchWPT, giving you the opportunity to watch 16 seasons of the show that’s responsible for attracting so many mere mortals into this beautiful game of ours.

The app is available in the Google Play Store and the Apple Store.

The WPT Family Goes to the Movies

Outside of Californian poker tournaments and unleashing mobile apps, the WPT family found time to fit into rib tight posh clothing to walk down the red carpet at the Palm Springs Film Festival.

Here they are saying cheese.

The team was in town to help Vince Van Patten celebrate the debut of his movie Walk to Vegas. The WPT co-commentator wrote and starred in the movie based on a gambling caper that sees Van Patten’s character taking up a $5m prop bet to walk from Los Angeles to Las Vegas.