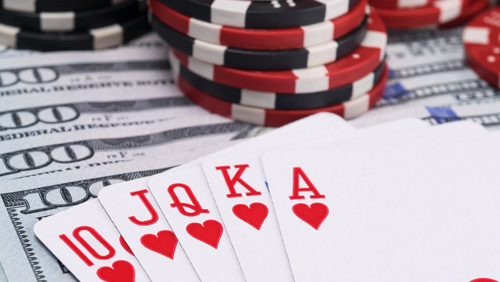 As the poker industry races into a new year like a cop chasing a robber down the freeway, Lee Davy, shares his five favourite poker victories of 2018.

When you ask people to name their favourite poker victories of 2018, I imagine you will hear people waxing lyrical about Justin Bonomo’s incredible treble, Manuel Ruivo taking down the Online MILLIONS, and John Cynn taking down the World Series of Poker (WSOP) Main Event.

All three are great in their own right.

I decided to take a different approach.

Here are my five favourite poker victories of 2018.

A few days ago, while watching Disney on Ice with my two-year-old daughter, I shed a tear when I saw her reaction to Mickey, Minnie, Donald and Goofy.

I’m a man who will cry at absolutely anything, and when you love a game where it’s an advantage to hide your emotions, it’s a pure pleasure when someone like Roberto Romanello wins a title.

And not just any title.

The Welsh All-Time Live Tournament Money Earner arrived in the Bahamas for the partypoker Caribean Poker Party (CPP) with eyes looking like piss holes in the snow courtesy of becoming the father of twins.

$10k fields are massively competitive these days with high stakes players using AI to fine tune their game. Romanello is the complete opposite. The man has been spending his time fine-tuning his nappy changing skills, so it was terrific to see him take down the 196-entrant event for $450,000.

It shows that if you hand a man with a gut instinct, some chirping chips then anything can happen.

Poker’s media has largely overlooked Eyal Bensimhon’s rise to prominence. I believe it’s one of our most important stories. The online poker rooms and live tournaments are desperate for us to feel the poker dream is alive, and when someone like Scarmak3r takes third in the partypoker Online MILLIONS turning $5 into $1.3m, we sit up and take notice. However, Bensimhon’s achievements are equally as important.

Bensimhon used to work for 888Poker where he hired me to work as a freelance writer before he left with a vision of becoming a semi-professional poker player, arguably the dream of thousands of poker fans around the world. That was in 2017, and Bensimhon won $303,430 and two World Series of Poker Circuit (WSOPC) gold rings.

But we all know luck is a critical element in poker.

The answer is yes, with another $250,000 heading into his coffers including placing second in the WSOPC Main Event in Rozvadov for $134,483, and the last time I spoke to him in Malta, he had a smile on his face like a Cheshire Cat.

3. Andrew Neeme Bags a Brace at The American Poker Awards

I’m a big fan of the underdog, and when you looked at the shortlist for Video Blogger of the Year Award at the 4th Annual American Poker Awards (APA) you didn’t need to be the smartest conch in crustacean country to figure out who that was.

Not only did Neeme win, but he also took down the People’s Choice Award, beating Polk, Negreanu and Jonathan Little to bag a brace of awards.

It was a fantastic achievement considering the pre-media hype focused on the supposed battle for vlogging supremacy between Polk and Negreanu.

Neeme went on to sign for the PokerStars’ backed Run It Up broadcast team, and his status is only going to increase from this point onward.

The decision by PokerStars to use Chris Moneymaker as the figurehead of the PokerStars’ Player’s No-Limit Hold’em Championship (PSPC) as it sailed through North America was brilliant.

It allowed poker fans to not only get a feel of the PokerStars brand for the first time since they got the boot, but there was a $30,000 Platinum Pass up for grabs at every single stop for the measly price of $86.

And guess where one of them ended up.

In the mitts of John Mokhtari, a 75-year-old from Manteca California, who had already secured the most significant cash of his career when the final four players agreed to a deal that saw them all receive a minimum of $11,000 at the Lucky Chances Poker Room in Northern California.

Mokhtari cheered on by almost everyone in the casino, went on to win the additional $1,000 and a $30,000 Platinum Pass meaning Mokhtari will be the oldest player to compete in the $25,000 buy-in event.

When PokerStars asked him for his email address so they could communicate with him, Mokhtari had to give his wife’s because he doesn’t have one.

Let’s hope I’m writing about the Iranian born retiree during the 2018 Christmas wrap-ups.

Last but not least, for me, one of the biggest wins of the year was the poker community, when the World Poker Tour (WPT) owners Ourgame International handed Adam Pliska a new four-year contract to remain in situ as President and CEO.

Since taking the role in 2009, Pliska has taken the WPT from strength to strength, creating some of the most lucrative strategic partnerships in the history of the live tour, as well as orchestrating the $12.3 million sale of WPT to bwin.party digital entertainment.

But most of all, Pliska is the type of President and CEO who responds to a Facebook Messenger request for a quote, and that makes him one of the most approachable people in a senior position in the industry. I also love his honesty and transparency, never dodging a question, and always speaking from the heart.