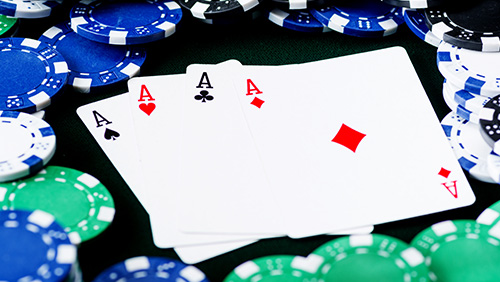 Three stories from 888Poker: the release of the 888Live Barcelona schedule, a new partnership with Andrew Neeme, and an award for Chris Moorman.

Writing an article feels like chess. The keys form the board. Sometimes I feel like the king; mostly I behave like a queen. I don’t do pawns – I’m vegan.

To generate something, anything, I will type a word into Google and wait for stories to emerge, pom-poms and all. Thinking about this triumvirate of 888Poker tales, I decided to begin with the release of the 888Live Barcelona schedule.

…into Google and it sent me instant hits of Barcelona news stories, only they’re all the same – “Lionel Messi comes off the bench to rescue a point in a thrilling 4-4 draw with Villareal”.

If you were to type…

…into your keyboard you would get a different set of results. You see, Google doesn’t provide everyone with the same set of results. It uses artificial intelligence (AI) to scrutinise every tap of a key you’ve ever made to send you stories that relate to your interests.

Call it what you want, I bet online poker rooms would give their last chip to be able to flick that switch.

Until then, the likes of 888Poker will have to use good old-fashioned ‘experience’ to figure out what people want, and the next test of that metal begins now.

From 22 May through 3 June, 888Live returns to the Casino Barcelona to host a €1m GTD festival. Last year, Adrian Costin Constantin was the man sitting with his feet up on the table, smoking a long-stemmed oak pipe, after conquering a record 709-entrant field to bank the €114,025 first prize.

A year on, and 888Live hope to break that record by handing the winner a World Series of Poker (WSOP) Main Event package, and with the iconic festival celebrating 50-years in the business, what an event that will be.

Here are some of the highlights including a link to the full schedule.

888Poker Ambassador, Chris Moorman, is long overdue a victory in the Catalan country. The online poker legend has come close, finishing 8/748 in the €2,700 partypoker MILLIONS Warm-Up during their 2018 Grand Final, and two-years prior, ending 3/3447 in the Estrellas Main Event.

Whether Moorman will be in Barcelona remains a mystery, but we do know that the World Poker Tour (WPT) Champions Club member (or his image beamed live across Skype) will be in Las Vegas on Friday to accept the PocketFives Legacy Award at the Global Poker Awards (GPA).

PocketFives’ biggest cheese, Lance Bradley, announced the news on their website, with Bradley – who is also nominated for an award – saying that when it came time to choose someone, there wasn’t even a debate.

In the previous two years, the PocketFives Legacy Award has only been available to North American based players with the American Poker Awards (AWA) the only GPI led awards ceremony alive, due to the death of the European Poker Awards (EPA).

Moorman has been the PocketFives World #1 a record 13-times. He also holds the record for the most Online Triple Crowns (29), and the most money earned ($15,851,900). The man who for years, polluted online poker ponds with pure poker magic, said he was honoured to be receiving such an award, and that ‘without PocketFives’ he isn’t sure he would have discovered the drive for success that has made him a shoe-in for a berth in the Poker Hall of Fame when he comes of age.

Cliff Josephy won the award in 2017, with Ari Engel picking it up last year.

This past weekend, the award-winning YouTube star, and professional poker player, Andrew Neeme, partnered with 888Poker, streaming online action from the 888 online tables to more than 112,000 subscribers.

Neeme, who streamed live from Calgary, Canada, played under the pseudonym ‘TakeTheRide’ and had a few deep runs without bringing home any serious moolah.

It’s not the first time that someone of Neeme’s ilk has partnered with 888Poker temporarily. Doug Polk did something similar in 2017, and it seems to be the 888Poker way when it comes to their live streaming strategy. Top streamer, Parker “tonkaaaap” Talbot joined 888Poker in January 2017 but left in February.

It’s an interesting move from Neeme.

With partypoker openly scouring the multiverse for the best broadcasting talent, you imagine someone, somewhere has held discussions with Neeme on the possibility of joining the Staples brothers and Jeff Gross.

It’s worth noting that Neeme is also a member of Team RunItUp, the Jason Somerville/PokerStars organisation created to give people like Neeme a platform to showcase talent. ​