Home / Poker / The robot at the table – Are GTO players the future or a bug in the program? 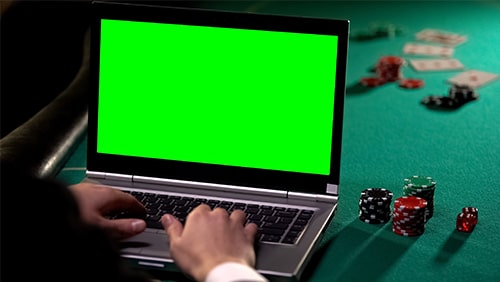 Game Theory Optimal poker has been a huge subject of discussion over recent years in poker. The proliferation of players who employ the method has been widely reported, and sites that teach the methods have mushroomed with Fedor Holz and Matthias Eibinger’s Pokercode site training players in the elite GTO strategy.

Another player who has hit the headlines for his belief in the methods is Dominik Nitsche. The German four-time World Series of Poker bracelet winner pioneered a new poker coaching app in DTO Poker, billed on its website as “the brainchild of the highly successful poker professional Dominik Nitsche and his long-time student Markus Prinz”.

Recent discussions on the popular social media site Twitter have highlighted the gap that still needs to be bridged between the best players and the fans who love to watch them play each other. Add to this the suggested notion that GGPoker’s recent banning of players using RTA (real-time analysis) extends to pre-flop range charts and Nitsche, among others, responded.

Why? Surely now the user base just stops using any charts at all no? I’m sure the guys I know won’t use any charts when playing there moving forward. I don’t see 90% of entire user base using charts in tomorrow’s sunday session. But I guess we’ll never know.

When Patrick Leonard, who plays for partypoker and is another highly-experienced online player suggested that 90% of the player pool (on GGPoker) might be hesitant to use them, Nitsche argued back that “You’d have to be incredibly naive to believe that [GGPoker] cares about anything but their bottom line given history. We’ll see soon though when the next ban wave happens. It’s clearly just a matter of time.”

Whatever the row about GGPoker stepping in to attempt to end players using real-time analysis – and that, to this reporter at least, seems a good idea on the surface – there is often an argument that GTO poker, built from theory upwards is not in the spirit of poker.

Daniel Negreanu’s match with Doug Polk, which should begin on 1st November, has already entered a sticky patch of social media swatting back and forth between the two that is highly reminiscent of a certain episode of the in-Simpsons cartoon Itchy & Scratchy, and Kid Poker is unhappy that Polk that will apparently be using a ‘cheat sheet’ when it comes to poker data.

1/3 you are a 6-1 favorite in the betting markets yet you feel the need to use a cheat sheet?

I won’t be using a cheat sheet, why should you?

You challenged ME to a match

I agreed to YOUR game, on YOUR approved platform, and YOUR format

As Negreanu, the six-time WSOP bracelet winner and man with $42 million in live tournament winnings alone, later goes to say, “You act like you are getting screwed here when the table is set heavily in your favor across the board.”

So, with GTO play and statistical analysis heavily in the news these days in poker, does studying the numbers and practicing GTO at the felt make you some kind of robot? And is that a compliment or not?

Olivier Busquet seems to think that it’s an insult.

Fair warning: if you despairingly refer to elite poker players as robots, I will come at you. Do you have any idea how hard it is to get to the top of this game? We should be celebrating these badasses who put in the work. Have some respect or GTFO.

Fellow pro Faraz Jaka seems to think that the term is a compliment or at the very worst, neutral and used to describe competency to a high level at the felt, saying : “I use to term robots to refer to players table presence, nothing to do with how good or bad they are. I could be wrong, but I would’ve assumed majority use the term similarly.”

Other words such as ‘machine’ or ‘wizard’ were put to Busquet, who eventually climbed down and had to admit that “I’m actually fine with any word. It’s the intent of the person using it that matters to me. And I admit I don’t always know the intent.”

Not knowing the intent is exactly the point. Busquet doesn’t unless the person using it explains it and to do so would cramp most people’s conversational style a little.

Do players have an obligation to entertain at the felt? Of course not. They pay an entry fee to a tournament and a registration fee which pays for the coverage and hoopla around the live game – and then some in certain cases.

The contrary point might be that ambassadors do have more of an obligation to be friendly, welcoming, conversive and entertaining while they play, certainly in live tournaments, if not via their online lobby.

The notion that poker should respect every player’s ability to play exactly how they want to, even if that’s to wear shades and a headscarf while playing push-fold pre-flop poker and GTO theory post-flop. But if everyone does that, no recreational player is going to want to enter the game in the same sense that poker existed for many years if you were prepared to travel to Las Vegas and pony up cash against a lot of mature men in big hats who looked a little fearsome.

Online satellites opened up poker to a wider demographic of player who could qualify online and win the right to sit alongside that famous poker-playing ‘cowboy’, and this led to poker changing, evolving and growing beyond everyone’s dreams when Chris Moneymaker won the 2003 Main Event.

Is the future of the game’s growing, evolutionary appeal in the hands of the players who entertain or those who practice perfect poker? Does the standard of poker these days necessitate that players at the top of the game play as close to optimal game theory throughout, or is there room for the next Daniel Negreanu, Scotty Nguyen or Phil Hellmuth to come through, the instinctive entertainers who keep audiences watching and advertising and marketing revenue flowing into the game.

The events that create champions of the very best players need to be able to run in the first place. How poker evolves over the next handful of years may well define the long-term future of the game, or as many know it now and it was reclassified as nine years ago, the mindsport.

However you know it, poker is in a period of if not transition, then re-definition.