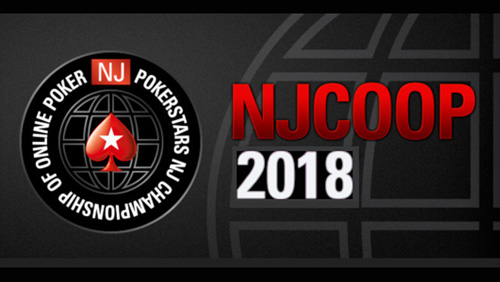 Two news stories with a PokerStars theme sliding down the veins like a little kid enjoying himself in a water park including the New Jersey Championship of Online Poker schedule, and a divorce between The Stars Group and the payment processor iDEAL.

How the world has changed.

Ashtrays on planes contain nothing but dried boogers.

Nobody listens to the Top 40 on a Sunday night.

And as the PokerStars World Championship of Online Poker (WCOOP) guarantees $118m in prize money, the New Jersey equivalent can only manage $1.5m.

There was a time when the American online poker market was the most magnificent in the world. Today, it takes a piss on a bedpan that nobody ever changes.

But there are bright lights in the sky, and Steven Spielberg has nothing to do with them.

A year later, and while the guarantee remained the same, the number of entrants increased to 46. Once again, New Jersey-based online grinders banked over $1.4m in prize money. [email protected] beat 271 unique entrants to win the $36,016 first prize in the Main Event, and supremetny banked $17,600 after defeating 52 unique entrants in the High Roller.

And now here we are.

Your unborn child will never learn to drive a car.

The PokerStars New Jersey Championship of Online Poker (NJCOOP) is back. Between September 29 – October 15, the largest online poker room this side of the garlic breath that circulates my mouth, promise $1.5m in guarantees, through 47 events.

As you would expect, there is a little something for everyone with a broad spectrum of variants containing buy-ins between $25 – $1,000. Once again, the man who opened his butt cheeks and gave birth to online poker, Chris Moneymaker, will be the primary PokerStars Ambassador pushing the series.

“I’m looking forward to playing and streaming another great online tournament series in New Jersey with over $1 million in guaranteed prize pools, hoping the recent success from NJSCOOP continues into this tournament series. The Main Event as well as the $86 Moneymaker PSPC Tournament is a great opportunity for New Jersey players to win big and get their hands on a $30,000 PokerStars Platinum Pass,” said PokerStars Ambassador Chris Moneymaker.

And there are three Platinum Passes up for grabs.

And people are starving in Africa.

Now, finish what’s on your plate, there’s a good boy.

The winner of the $86 buy-in Moneymaker Tour Event on Sunday, September 30 wins the first of three, with the other two coming in the two NJCOOP Main Event Entrants All-In Shootouts taking place on October 16.

And two came in the recent Moneymaker PSPC Live Tour including Cliff Ellefson, and the oldest player to win a Platinum Pass, the septuagenarian, Jahangir “John” Mokhtari.

PokerStars hasn’t benefited from the deal because it only has a presence in New Jersey. If anything, the move has inflicted a few kicks to the balls of PokerStars growth as WSOP.com is available in all three markets.

But things will change.

The MSIGA will come in very useful in the coming years, of that I am sure.

According to press reports, the Stars Group informed Dutch users of their PokerStars products that iDEAL would no longer be an approved method of payment processing.

iDEAL was formed in 2005, and by the time 2016 rolled into town, the company had processed more than a billion transactions making them the #1 payment processing option in the country of clogs and crap football teams.

PokerStars have given no reason for the divorce.