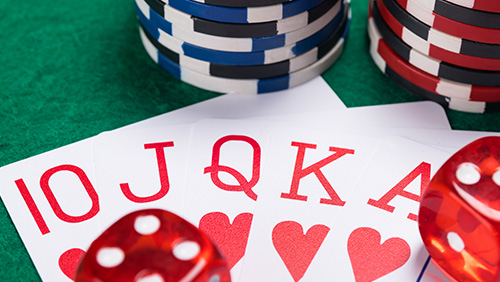 3: Barrels of a PokerStars nature including the Platinum Pass giveaway reaching the halfway point, PokerStars Play moving into the US and Australia, and Liv Boeree featuring on another TV show.

In 1956, the movie The Ten Commandments hit the silver screen, Elvis Presley released his first hit record Heartbreak Hotel, and in Iran, someone in the birth certificate department scribbled the words Jahangir Mokhtari onto a piece of paper.

A week ago, that same person, known as “John” to his American friends, became the 160th person to win a $30,000 Platinum Pass for the $25,000 buy-in PokerStars’ Player’s No-Limit Hold’em Championship (PSPC), after taking down the Lucky Chances leg of the Moneymaker PSPC Live Tour.

After his incredible victory, the tournament organisers asked the 76-year-old for his email address so PokerStars could send him confirmation of his PSPC win, and furnish him with the necessary instructions leading up to his Bahamian visit.

“I don’t use a computer,” said Mokhtari, “but we can call my wife, and she’ll give you her email address.”

Mokhtari’s win is notable, not only because he became the eldest person to win a Platinum Pass, but it marked the halfway point in the distribution of the 320 life-changing passes that will head to a mass of people, most of which have never competed in a $25,000 event in their life.

Of those 160 passes, 67 won them playing online at PokerStars, and 87 of them were won playing at PokerStars Live events. The average age of a PSPC player is 34-years, with players from Russia and Brazil winning the most (14) with France (13) not far behind. So far 7 of the winners have been female.

Since Mohktari won his pass, a further ten have been handed out during the PokerStars European Poker Tour Barcelona.

Seven more will be handed out during the World Championships of Online Poker (WCOOP), and five more are pencilled in for the EPT Open in Sochi, Sep 21 – 29.

The PSPC is a rake free $25,000 buy-in event due to be held at the Atlantis Resort in the Bahamas, January 6 – 10, and PokerStars are adding a staggering $9m in additional prizes, including 320 Platinum Passes and an extra $1m to the winner of the event.

PokerStars Roll Out Social Poker Game in USA and Australia

The Moneymaker Tour is a savvy way of keeping the PokerStars brand in the minds of the American public should more states go the same way as Nevada, New Jersey, Delaware and Pennsylvania and legalise online poker. And last week, PokerStars rolled out a second way of achieving the same goal.

PokerStars Play is a new social poker app available only to players in the US and Australia. The addition of Australia is also a smart move as PokerStars had to leave the real money online poker market in that part of the world a year ago due to changes in legislation.

Players don’t play for real money but can purchase chips in the PokerStars Play store using cash. Director of Social Gaming at PokerStars, Lloyd Melnick, pointed to the community aspect of the product as the primary piece of gold.

Is Liv Boeree one of PokerStars smartest recruits in recent times?

The former EPT San Remo winner is spending as much time on the TV screens as she is at the poker tables, and that’s leading to the PokerStars brand appearing across the Internet and terrestrial TV at an increasing rate.

The show focuses on game theory and how we use it in everyday life. It follows in the footsteps of previous BBC Four documentaries The Joy of Stats and The Joy of Data.

The show runs for an hour, and you can watch a repeat on the BBC iPlayer right here.

Boeree recently finished sixth in a €10,300 buy-in event at EPT Barcelona for €70,000, before jetting off to Black Rock City for two weeks of Burning Man.