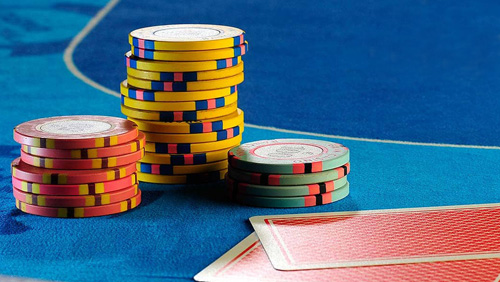 Two news stories from PokerStars Towers including nine $30,000 Platinum Passes due for delivery in a new Moneymaker PSPC Tour promotion, and two more handed to the Seminole Hard Rock in Florida.

I couldn’t sleep last night. Chris Moneymaker was in my thoughts. I knew I was writing this when I woke up, and I was thinking of an angle.

I didn’t think of one.

So it’s back to basics.

15-years ago, the aptly named Chris Moneymaker won the $2.5m first prize at the World Series of Poker (WSOP) Main Event after qualifying for $86 playing online at PokerStars.

15-years on, and it’s difficult for anyone to achieve the same feat given PokerStars limited access to the American market, and the apparent lack of relationship they have with the most iconic live tournament in the world.

So PokerStars went back to the drawing board to think of another way of giving someone the chance of not only emulating Moneymaker’s success but bettering it (money wise).


In recent months, PokerStars has given creative license to a broad range of ambassadors to distribute an array of $30,000 Platinum Passes for the PokerStars Player’s No-Limit Hold’em Championship (PSPC).

The ideas that have sprung forth have ranged from ridiculous to sensible, but I think Moneymaker’s methodology is by far the purest and sound idea thus far.

The recent Poker Hall of Fame nominee will headline the Moneymaker PSPC Tour. It begins Saturday, August 4 and will visit eight different live cardrooms across America, with one leg taking place online at PokerStarsNJ.com.

Each buy-in is $86, and the winners will receive cash prizes as well as the opportunity to win mega-millions at the PSPC via a $30,000 Platinum Pass. The winners also receive support from the man himself.

“The Moneymaker Effect, this fat guy from Middle Tennessee likes to drink beer, likes to watch sports. I am just your average guy,” said Moneymaker when asked to explain his appeal.

“This idiot from Tennessee who looks like a country redneck wins $2.5m playing cards, heck I can too.”

A little self-deprecating Chris, but I hear you.

Here are the dates.

Another two Platinum Passes will be distributed to American customers thanks to a partnership with the Seminole Hard Rock Hotel & Casino.

For the Freeroll, you have to log 100 hours or more on any jackpot eligible game from now through July 31 to qualify. The casino announces the winner on 1 August.

For the SHRPO Promotion, you must enter a minimum of one event during the SHRPO between 2-14 August. On 14 August there will be a draw to determine the winner.

It’s the second time that the pair has hooked up. In September, PokerStars staged a Hurricane Irma relief tournament at the casino. All told, five Americans have won Platinum Passes. David Peters and Maria Konnikova earned theirs at the Caribbean Poker Adventure (PCA). Michael Page and Derik Li came by theirs during NJSCOOP.

More than 120 players have won one.

PokerStars will also give the winner of the PSPC an additional $1m.