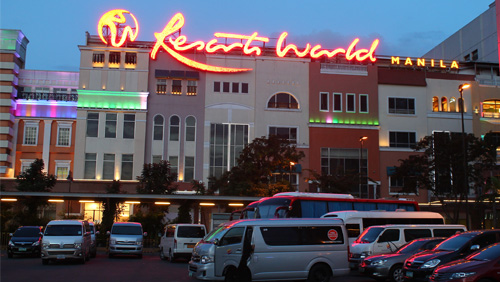 The planned resort, located in Entertainment City in Parañaque, Metro Manila, had previously been set for opening in 2019, but Travellers, which currently operates Resorts World Manila, postponed this back in June 2016 in order to modify the project design. In February, affiliate Megaworld announced $2.3 billion in capital expenditure to develop the 31-hectare property, which will have about 1,500 hotel rooms.

In an interview with reporters on the sidelines of an AGI event, AGI CEO Kevin Tan mentioned that construction of Westside City will be continuing after an upgrade of its plan, to focus on more entertainment activities.

Local news outlet BusinessWorld quoted Tan as saying, “We’re going to be focusing quite a lot on entertainment because we discussed in the past we want to create this sort of ‘Broadway of Asia’ concept there. So we’re putting together theaters in one, because it’s growing and it’s fragmented all over so we’re looking at ways to integrate it into one development where we can put theaters and entertainment facilities.”

He added that the upgraded plan will help distinguish Westside City from the other casino resorts in the Entertainment City area, which also houses Melco Resorts’ City of Dreams Manila, Tiger Resort’s Okada Manila, and Bloombery Resorts’ Solaire Resort and Casino. “[I]t becomes a little bit more different from what the others are offering, not just gaming,” Tan said.

Among the hotels in the planned resort will be the 529-room Kingsford Hotel, and the 685-room Grand Westside Hotel, both overlooking nearby Manila Bay.

Among other plans of Travellers is an expansion of hotels in the Resorts World Manila complex, to include Sheraton, Hilton, and Okura hotels.

The addition to the hotel casinos in Entertainment City comes amid President Rodrigo Duterte’s antagonistic stance towards casinos and gambling in general. State regulator the Philippine Amusement and Gaming Corporation (PAGCOR) has also declared a moratorium on issuing new licenses to Manila-based casinos, which makes Westside City possibly the last casino resort until at least 2022.

Travellers reported a profit of $2.5 million for the third quarter, up from a $7.7-million loss during the same period last year. Gross revenue amounted to $111.8 million, just 3.2% higher year on year, while gross gaming revenue rose 33.6% to $89.5 million.