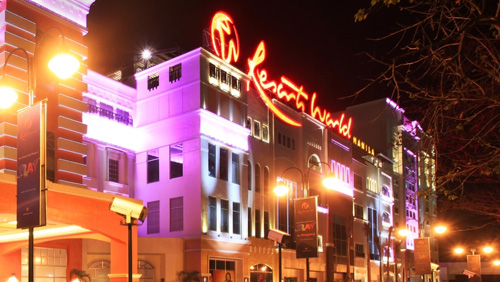 Alliance Global Group (AGG) is preparing to launch a $4.4-billion CAPEX (capital expenditure) from now until 2021. The move is designed to help the company cover expansion projects for its hotel and integrated resort (IR) operations. AGG is an investment holding company out of the Philippines that controls 50% of the company behind Resorts World Manila (RWM), Travellers International Hotel Group.

RWM is currently undergoing phase 3 of an expansion project by Travellers that is expected to be completed shortly. The project will see the inclusion of a new Grand Wing casino, as well as hotels by Sheraton, Hilton and Okura. Travellers is also in the process of completing the final designs for a new IR that will be located in Entertainment City in Manila.

AGG indicated that the investment will cover a number of development projects across the Philippines, as well as constructing of new lifestyle malls and residential facilities and upgrades to the Ninoy Aquino International Airport. According to the company’s CEO, Kevin Tan, “We are mindful of the current domestic and global economic developments, but we remain cognizant of the vast opportunities in the market; hence, our continued aggressive capital spending.”

Additionally, part of the money will go toward increasing the number of McDonalds fast food outlets the company owns across the Philippines and to fund maintenance CAPEX.

The company is on an ambitious expansion plan. Over the course of the next couple of years, it wants to increase the number of hotel rooms controlled by Travellers and Megaworld to 12,000.

Tan stated, “The bulk of our planned capex will be funded internally, leaving only a small portion that will need bank financing. Be assured though that we will always maintain financial prudence and keep our gearing at reasonable level.”

Over the past decade, AGG has allocated around $8.71 billion for CAPEX. 80% of this was used in the last five years for the company’s expansion program.

AGG recently created a new subsidiary, Infracorp Development Inc. It is also overseen by Tan and is designed to administer rail infrastructure projects that will mostly be directed toward AGG’s own properties, such as a link between the MRT (mass rapid transit) station in Guadalupe, Makati to the company’s Uptown development in Taguig.