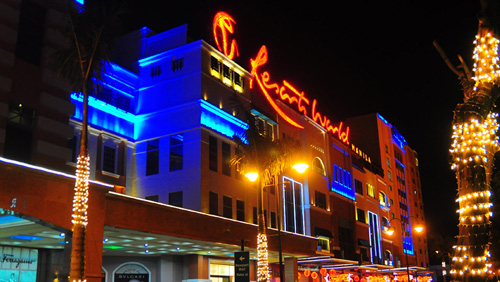 In a disclosure to the Philippine Stock Exchange, TIHGI announced that its net profit totaled PHP1.69 billion (US$31.7 million) in the first half of 2018, higher than the PHP373 million ($6.99 million) it posted in the prior-year period.

However, TIGHI reported that its gross revenue slipped 1.5 percent to PHP11.05 billion ($207.2 million) in the January to June 2018 period from PHP11.22 billion in the same period last year due to the closure of its second floor gaming area.

It would be recalled that TIGHI moved RWM’s gaming area to the ground and third floors as part of an overhaul of its security operations. The second floor of the facility, which was set on fire by a man named Jesse Javier Carlos when he barged inside the RWM premises in June 2017, would be used for other non-gaming purposes.

TIGHI pointed out that revenues from hotel, food, beverage and others contributed 13.8 percent and 13.9 percent, respectively, to the company’s H1 2018 gross revenue.

TIHGI President and CEO Kingson Sian expects TIGHI’s premium gaming business to grow in the future with the launch of a portion of RWM’s Grand Wing in May. The Grand Wing will have three international luxury hotels—Hilton Manila, Sheraton Manila Hotel, and Hotel Okura Manila—adding approximately 940 rooms. It will also include new gaming, entertainment, and retail spaces, as well as six basement parking decks.

“We continue to see growth in both our gaming and non-gaming business,” Sian said in a statement. “This was supported by uptrends in both non-VIP and VIP segments, average daily visitation of 26,000 in the first half of 2018, and improvement in hotel occupancy.”