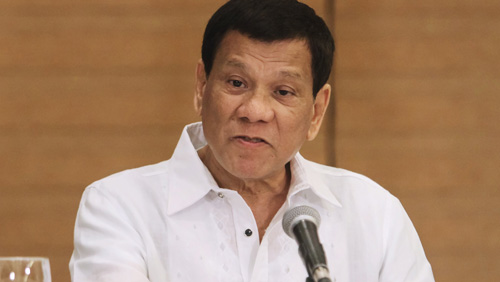 Philippine President Rodrigo Duterte has had enough of new casinos in the Southeast Asian country.

“There will be no casinos outside of what was existing,” Duterte said in a speech during the police service anniversary at the Philippine National Police headquarters, according to the news outlet.

The casino land lease deal that Duterte was referring to was the agreement that the NPF executives signed with Hong Kong-listed casino investor Landing International Development Ltd. (LIDL).

However, the Philippine Commission on Audit  (COA) warned that the Philippine government could lose as much as PHP26 billion (US$486.2 million) from the deal since LIDL would be underpaying the lease relative to the market value of the land at the nearby Solaire Resort and Casino.

Duterte agreed with the state auditors that the 70-year property lease contract awarded to LIDL was “grossly disadvantageous.” On Tuesday, the firebrand president confirmed that he terminated all NPF board members because of the anomalous deal they entered with LIDL.

“Mean [sic] to say that [if] a child is born today and 75 years later, he is that old, there will still be gambling in the city? I will not allow it. I hate gambling. I do not want it,” Duterte pointed out.

Meanwhile, LIDL remained unfazed by Duterte’s recent statements on property lease contract that NPF awarded to them, saying that they were on track with the development plans for the NayonLanding integrated resorts project. LIDL also pointed out that the termination of NPF board members and management won’t affect the validity of their contract lease with the agency.

“Landing International, together with its subsidiaries, wishes to convey that its integrated resort project at the Entertainment City in Parañaque City, Philippines, entitled NayonLanding is still pushing through and its lease contract with Nayong Pilipino Foundation is still valid and effective,” the Hong Kong-listed firm said in a statement.