Home / Casino / A casino strip in Manila? If PAGCOR has its way 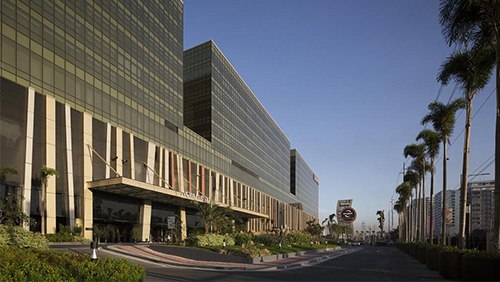 Andrea Domingo, the chairman and CEO of state regulator Philippine Gaming and Amusement Corporation (PAGCOR), is envisioning more casinos operating in the Entertainment City complex in Metro Manila, according to Inside Asian Gaming.

Such a plan might take a while, as PAGCOR itself placed a five-year moratorium on new gaming licenses for Manila-based casinos back in March 2017, upon the request of existing operators in the area.

Moreover, Philippine President Rodrigo Duterte ordered the agency last August to stop issuing new casino licenses, with no timeframe given for when applications will once more be accepted.

“I really think there should be a critical mass in Entertainment City making the area more contiguous and each IR [integrated resort] more accessible. I really believe that,” Domingo told the news outlet.

She said she would have liked to see such a “critical mass” materialize, “but the four original IRs there are very adamant… They’re opposed to a fifth operator and they’re asking for the moratorium of five years for the industry to mature.”

Domingo noted that the five-year moratorium came around the time that Duterte is scheduled to step down from office, in 2022. Although admitting that land in Entertainment City was “very limited,” she said, “There’s new land in nearby areas and if the President, or the next President, will lift the [suspension on casino licenses]… But I cannot foretell what will happen.”

Another casino operator, Landing International, was set to begin building its casino resort in the same area as that of Melco Philippines’ City of Dreams Manila, Tiger Resort’s Okada Manila and Bloomberry Resorts’ Solaire Resort & Casino, but Landing’s lease contract with state corporation Nayong Pilipino Foundation was questioned by the Philippine Commission on Audit, which estimated foregone state revenue of PHP26 billion ($481 million) in relation to the property’s actual market value. The Philippine Justice department would later call for termination of the lease agreement.

Another local operator, Travellers International, which operates Resorts World Manila, is currently planning the building of a casino resort to be located in Entertainment City within a few years.

Inside Asian Gaming recently reported Domingo also saying that PAGCOR would continue to operate 17 casinos that the Department of Finance had earlier scheduled to be sold within the year. Domingo explained that the casinos were “still profitable” and that all proceeds went directly to the national government, unlike with a private operator that would be taxed one-fifth of its revenue. She also claimed that the lands in which the casinos were located were leased and not owned, making such a sale uncertain.