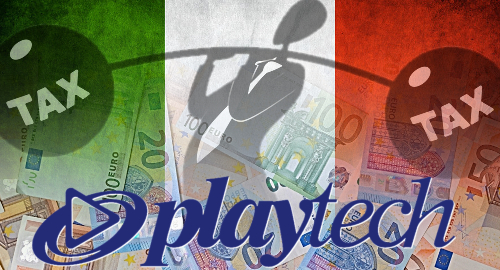 On Sunday, Italy’s Senate approved an amended version of the coalition government’s new budget by a vote of 167-78 (with three abstentions). The amended budget was delivered to the Chamber of Deputies on Monday and will be reviewed by the Budget Committee on Thursday (27) before the full Chamber puts it to a vote on Friday.

Land-based gaming machines also saw steeper tax hikes than the government originally promised, and higher even than the rates announced last Wednesday. The tax rate on amusement with prizes (AWP) machine revenue will rise by 1.35 points on Jan. 1 while minimum payout rates will fall two points to 68%. Taxes on video lottery terminals are going up 1.25 points while payouts will fall one point to 84%.

Italy’s government expects all these changes to deliver an additional €770m to the government’s annual coffers, most of which will come via the land-based industry. But while Italy’s land-based and online operators cried foul, the government remains unmoved. Premier Giuseppe Conte said the tax hikes were included to “restore some equity” to the tax codes.

Deputy premier Luigi Di Maio rubbed salt in the wound by bragging that Italy’s gambling sector was now “the most taxed in Europe,” while claiming that the ultimate goal was to “take money from those who in recent years had taken too much money from Italians.”

PLAYTECH NO LONGER LIVING LA DOLCE VITA
For an illustration of what these changes will mean for Italian-licensed operators, consider online gambling technology firm Playtech, which dramatically expanded its local presence this year via the $1b acquisition of Snaitech.

Playtech issued a notice on Monday warning investors that the tax hikes would likely cut its full-year 2019 earnings by “approximately €20-25 million before any mitigating actions.” This is on top of the hit the company announced earlier this year as a result of the other gambling curbs contained in the government’s so-called ‘Dignity Decree.’

Investors reacted with alarm, pushing Playtech’s share price down nearly 7% on Monday. The market hasn’t been kind to Playtech this year, as its shares opened 2018 around 870p, but closed Monday at 370p after trading as low as 357p before staging a minor rally.