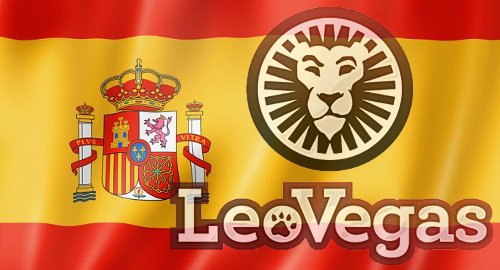 On Thursday, LeoVegas CEO Gustaf Hagman announced that his company had submitted its application for online casino and sports betting licenses to Spain’s Dirección General de Ordenación del Juego (DGOJ) regulatory body, and expected to launch its Spanish-licensed operations “in the first quarter of 2019.”

Hagman celebrated LeoVegas’ ability to “effectively adopt our business to regulated markets regardless of language and regulations, but also noted that the Spanish language was used by roughly 470m individuals around the globe, and thus LeoVegas’ imminent launch in Spain was the “first step to accommodate several Spanish-speaking countries.”

LeoVegas was recently awarded a new Swedish online license to go with its licenses in Denmark, Ireland, Italy, Malta and the UK. The company recently warned investors that increased compliance costs in its regulated market operations were having “an adverse effect on growth,” which sent the company’s shares into a nosedive.

While LeoVegas preps its Spanish launch, French poker operator Winamax – which launched its Spanish-licensed site in July – has yet to indicate when it plans to add sports betting to its local offering.

Winamax has been licensed for both poker and sports betting in Spain and the company has reportedly been advertising for Spanish-speaking sports traders. Yet Winamax.es’s sports betting section continues to display only a teaser page that promises something will happen “soon…”. Quando, quando…?

Finally, Austria’s SKS365 Group recently surrendered the Spanish license of its flagship Planetwin365 brand. The DGOJ authorized SKS365 to offer online casino and betting in Spain way back in 2015 and the company officially launched its Planetwin365.es site the following year.

However, the site shut its virtual doors on June 30 and Spanish affiliate InfoPlay reported that the DGOJ had accepted SKS365 España PLC’s request to extinguish its authorization to operate in Spain. The report cited no specific reason for the company’s exit.