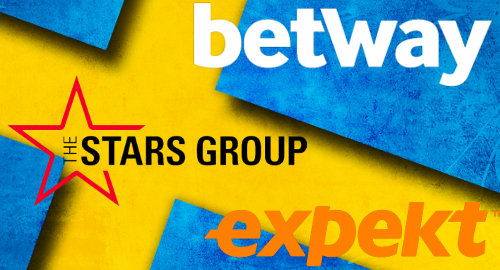 Also making the grade are Betclic Everest Group offshoot Expekt Nordics Ltd, which similarly plans both online gaming and betting operations. Ditto for Malta-based operators Betway Group and Tipwin, who plan to operate via their Betway.se and Tipwin.se domains, respectively.

The final licensee is the Malta-based Mandalorian Technologies Ltd, which plans to offer strictly online casino games via its Noaccountcasino.com and Prankcasino.com sites.

Since the first batch of 16 online licensees was announced late last month, Lotteriinspektionen has now issued a total of 23 online diplomas. The regulator previously stated that it had received 70 online applications (and 25 land-based applications) and hoped to approve most of these applications before the January 1 liberalized market launch, depending on the individual circumstances, natch.

While it took a long time to get here, Sweden’s government has been applauded for adopting a fairly reasonable set of rules governing its new online market, including authorizing a full spectrum of online gambling products and an 18% tax on gross gaming revenue, which the government hopes will help ‘channel’ punters to Swedish-licensed sites.