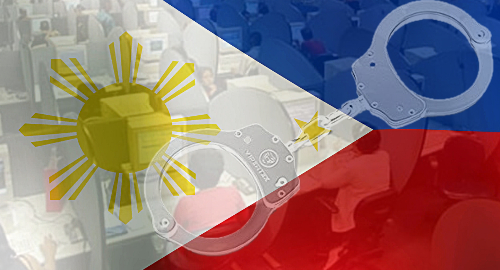 Philippine legislators have launched a probe into the presence of Chinese nationals working illegally in the local online gambling sector.

On Friday, Senator Joel Villanueva, who chairs the Senate Committee on Labor, announced that the panel would launch a probe next week into the scope of the illegal labor situation in the country’s online gambling industry.

Villanueva issued a statement saying that “the review of our laws, the enforcement system and the coordination of agencies involved when it comes to regulating the influx of foreign workers in our country have become very urgent.”

Villanueva’s announcement came one day after Philippine authorities raided an illegal online gambling operation being run out of an office complex in Metro Manila. The police arrested 104 suspects, including 93 Chinese nationals believed to lack the necessary work permits.

Thursday’s raid came just days after the Department of Labor and Employment announced a new interagency task force – involving PAGCOR and other government bureaus – intended to rein in the online gambling sector’s use of illegal foreign labor.

Villanueva said Thursday’s raid showed “how bad the problem has become” and the need to “strengthen legislation and enforcement to stop illegal online gambling and proliferation of illegal Chinese workers that shamelessly robbed our own people[‘s] jobs.”

The Philippines is the primary licensing and technology hub for Asian-facing online gambling operators. The bulk of these operators are focused on the Chinese market and thus require a large volume of their support services staff to speak Mandarin.

This month, real estate consultancy firm Colliers International Philippines detailed the scale of the office space occupied by online operators in Manila and called on developers to take advantage of these operators’ “relentless expansion.”