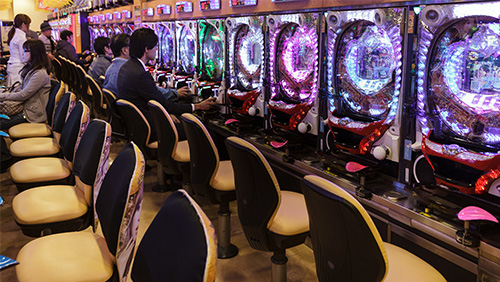 The second largest pachinko operator in Japan saw an impressive upswing in profits during the second and third quarters of the year. Dynam Japan Holdings has reported that its net profit increase by 53.6% over the period, reaching $73.27 million. The increase comes out of the company’s cost-cutting measures that have been spurred by pressure on the local pachinko industry in Japan.

Dynam has been evolving its operations for the past several years, which may have helped to give it a boost. It has gradually converted its expensive halls (halls with higher paying costs) to low playing halls and creating design uniformity to reduce set-up costs. It has also been concentrating its efforts on regional areas with smaller populations, “opening new halls in small regional business areas with 30,000 to 50,000 residents” while “reaping the benefits of the economies of scale of multiple-hall development to limit purchasing cost of gaming machines and general prizes.”

Thanks to those efforts, Dynam has seen its operating costs fall significantly. For the six months through the end of September, its expenses were $552.31 million compared to $616.43 million during the same period last year.

In 2013, the company had 362 facilities under its control. It has increased that number to the current level of 450 and 83 of its most recent halls have been opened as low playing halls.

For the six-month period ending this past September, Dynam saw its revenue from the expensive halls decline by 6.8%, resulting in a $325.46 million take for the company. Low cost halls suffered a decline of just 2.5%, reaching $325.28 million, and gross pay-ins at the low cost halls increased by 0.6%.

Pachinko is facing an ever-increasing regulatory environment in Japan. This is being driven by the country’s desire to attract integrated resorts and the goal of creating better distinction between gambling, which the country says is “true gambling,” and the pachinko industry. Those efforts have been working, as a minimum of 420 pachinko halls closed last year.