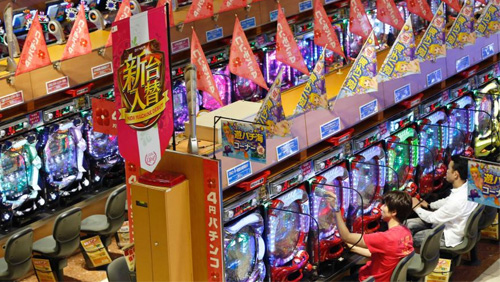 The allure of glitzy pachinko parlors dotting the streets of Japan continues to fade as the country prepares for the arrival of integrated resorts.

At least 420 pachinko halls were shuttered in 2017, as Japanese residents became more exposed to an expanding number of entertainment options, according to a Japan Today report.

In 2017, at least 177 pachinko operators went out of business, the study showed.

Back in 1995, pachinko parlors were able to lure some 30 million customers and gained an estimated ¥30 trillion (US$280 billion) in revenue. In 2016, the numbers slid to 10 million players at approximately 10,000 parlors, which reportedly raked in ¥22 trillion revenue.

Yano researchers pointed out that the decline of pachinko’s popularity has something to do with the expanding entertainment options available to Japanese players.

With a single click, players may be able to access any forms of entertainment using their mobile phones. The researchers noted that technology has been a game changer, especially in rural areas where massive pachinko halls once served as the only outlet for entertainment.

The researchers also factored in demographics to the dwindling popularity of pachinko.

Operators’ efforts to entice younger generations to play pachinko by incorporating anime into the game have failed. Many millennials see pachinko as a game for middle-aged and older men.

In a survey conducted by Shirabee, 62.5 percent of the respondents in their 20s and 63.1 percent of those who are in their 30s said they felt like wasting money every time they play pachinko or other games of chance.

Lastly, tighter regulations on the industry continue to weigh on pachinko operator’s shoulders.

In the fourth quarter of 2017, International brokerage Union Gaming warned that pachinko operators will have to brace themselves for an even tighter regulation as the integrated resorts become a reality.