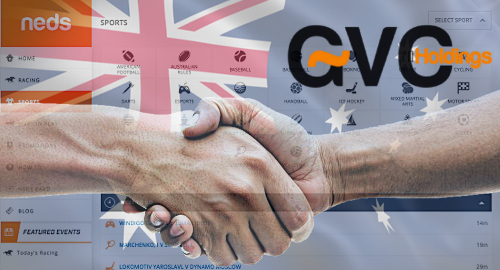 On Thursday, GVC announced that it had reached a deal to acquire bookmaker Neds International for an initial fee of AU$68m (US$49.3m) with a total possible payout of AU$95m, presumably dependent on the Neds business hitting certain performance benchmarks over a certain period.

Neds only launched late last year but GVC says the business has “grown rapidly” thanks to “effective marketing, proprietary technology and an experienced management team,” the latter including Dean Shannon, the former CEO of Ladbrokes Australia (Ladbrokes is part of the GVC family).

GVC says Neds’ 2018 betting handle and revenue are expected to come in around AU$1b and AU$100m, respectively. GVC added that it expects the deal will be earnings accretive by 2020 while the combination of the two businesses will realize AU$16m in annual ‘synergies’ by 2021.

Ladbrokes Australia CEO Jason Scott said he was looking forward to his beefed-up market presence and said the acquisition “proves beyond all doubt that GVC is here to stay in the Australian market,” which is a bit weird, since we don’t remember anyone suggesting GVC was planning on upping sticks.

Neds’ brief operational history has been primarily notable for the number of times it has managed to annoy advertising watchdogs, its Northern Territory licensing body and other Australian state gambling regulators.

Earlier this year, Neds announced the launch of a Bitcoin betting platform, prompting the Northern Territory Racing Commission to issue a cease-and-desist order on all cryptocurrency-based betting. That didn’t stop Neds from proceeding with plans to issue its own Ethereum-based crypto token, which it called Nedscoin, although NT regulators have yet to approve its use and the token has been little heard from since.