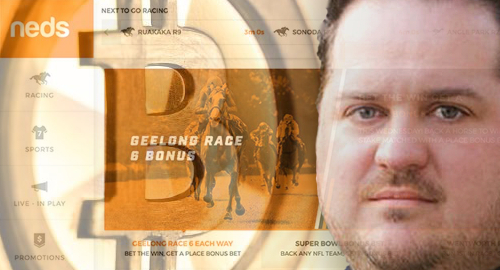 On Thursday, Neds CEO Paul Cherry announced that the operator would launch its new in-house developed cryptocurrency-based betting site on Friday. Initially, the site will be limited to Bitcoin betting only, but plans are to add other cryptocurrencies later this year should sufficient demand arise.

Cherry (pictured) told the Australian Associated Press that the platform would accept deposits and pay out winnings in Bitcoin, with no option to convert deposits to fiat. Odds will appear identical to those on Neds’ main betting site, but wagers will be handled in milli-Bitcoins (one-thousandth of a Bitcoin).

Cherry explained that the recent Bitcoin buying frenzy provided at least some of the impetus behind the new crypto-betting platform, suggesting that many of the “non-sophisticated investors” who bought Bitcoins “are probably wondering what to do with them.”

To encourage Bitcoin holders to do more than just check the rollercoaster valuation every day, Neds has offered to pay up to 2.5% of transaction fees incurred in transferring Bitcoins to Neds’ new platform.

(Note that this sweetener wouldn’t be necessary if Neds offered the ability to wager in Bitcoin Cash (BCH), which features infinitely less onerous transaction fees and significantly faster processing times than the legacy Segwit BTC token. But we digress…)

Cherry also claimed that Neds viewed itself as a tech company, and since Bitcoin is a “technological solution,” it was “very fitting” that Neds incorporate the technology into its platform.

Cherry told the Australian Financial Review that many Neds’ staffers, along with many in the site’s target demographic of 18-35-year-old males, were not just sports fans but also “computer nerds” who were already well-versed in cryptocurrency technology, “and we think there is a lot of crossover into that target market.”

Neds, the brainchild of former Ladbrokes Australia CEO and Bookmaker.com.au founder Dean Shannon, launched its Australian operations last October. Cherry said the site has so far amassed around 75k regular customers, ahead of where the company expected to be by this point, with a roughly 80/20 split in terms of race/sports bettors (and perhaps 100% nerds).