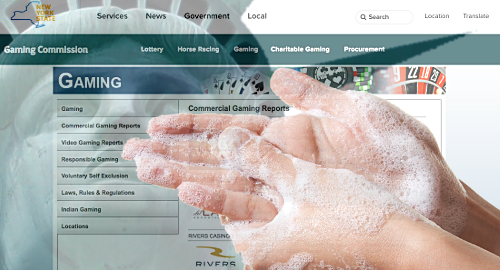 Last month, a state Supreme Court justice ruled that New York legislators had exceeded their authority in approving legislation in 2016 that defined DFS as a game of skill rather than attempting to amend the state constitution to add DFS to the other legally acceptable forms of gambling.

On Monday, the Buffalo News reported that the New York Gaming Commission had purged any mention of DFS from its website. Spokesman Brad Maione told the paper that the Commission “no longer has a role in regulating DFS. That required a modification of the website.”

The October ruling allowed DFS operators to continue offering services to New York customers by upholding the portion of the 2016 law that decriminalized DFS. So DFS operators — even those who may have given New York a wide berth in the past — are currently not subject to any state regulations and can’t be saddled with any criminal penalties for offering DFS to New York residents.

FanDuel issued a statement saying it would “cooperate with efforts to permanently restore regulatory oversight” while highlighting the fact that it doesn’t face criminal prosecution for continuing operations in New York. So, for the moment, it’s business as usual.

But attorney Cornelius Murray, who represents the anti-gambling plaintiffs who challenged the state’s DFS law, told the Buffalo News that his clients are considering going back to court to dismantle the legal protections upheld in the state Supreme Court ruling.

The October court ruling gave the state until December 2 to file an appeal, and state officials have so far been mum as to whether they intend to file such an appeal.

The irony here is large, given that DraftKings and FanDuel are now effectively rogue operators in New York while they simultaneously operate thriving legal single-money sports betting businesses just across the border in New Jersey. Both operators also have prospective sports betting deals with New York casinos.