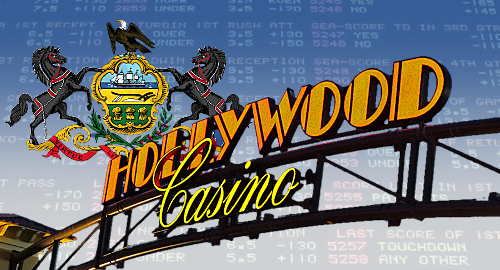 On Thursday, PNG announced that its Hollywood Casino at Penn National Race Course had begun two days of live testing of its new sportsbook technology and staff to ensure everything is compliant when the Pennsylvania Gaming Control Board (PGCB) officially fires the starting gun.

PNG’s William Hill-powered sportsbook is the first to launch in Pennsylvania, which has proven slower off the mark than other recent converts to legal betting such as Mississippi and West Virginia. Nonetheless, Hollywood Casino’s GM Dan Ihm said the PGCB had “moved heaven and earth to get us to this point.”

Assuming Friday’s second live test goes well, Hollywood Casino’s new sportsbook will operate from 11am to midnight Monday to Friday, and 10am to midnight on weekends. Pennsylvania becomes the sixth state — and the seventh betting state counting Nevada — to launch single-game sports betting since the US Supreme Court overturned the federal betting ban this spring.

VALLEY FORGE WANTS IN
PNG received its Pennsylvania license in early October, and the PGCB has so far approved five betting permits. The PGCB announced Thursday that it had received its latest sports betting license application from Valley Forge Casino Resort, which was acquired by Boyd Gaming last December.

In August, Boyd struck a betting partnership with Paddy Power Betfair’s FanDuel brand and the Valley Forge tie-up was reported soon thereafter. The PGCB requires a minimum 90-day wait between filing the application and launching betting operations, so don’t expect Valley Forge to start taking wagers until mid-February at the earliest.

Pennsylvania’s casinos have been far less eager to seek sports betting permits than the enthusiasm shown for the state’s online gambling licenses. That’s in part due to the 36% tax on betting revenue that licensees will be required to pay the state, a figure more than five times the rate paid by Nevada sportsbooks.