Lee Davy catches up with The Hendon Mob President, Eric Danis, during the Malta Poker Festival to talk about The Hendon Mob Championship, a potential reunion with the Mobsters and much more.

I get the impression there are no red lights in the life of Eric Danis. I peek up from my laptop, and see him scurrying across the Hilton lobby like a bystander desperately trying to find a gap in the crowd to watch their child performing somersaults in a parade.

Punctual, dressed in a suit with a The Hendon Mob (THM) patch on his lapel, he looks the business. I get the feeling that he’s a few coins shy in his parking meter so I switch my batteries, lay my Dictaphone on the table, and begin.

We are at the Malta Poker Festival, and on the menu is a €250 buy-in No-Limit Hold’em: The Hendon Mob Championship event. It’s the first time a series has hosted a THM Championship, and it was a fantastic success with 491-entrants creating a €104,779 prize pool, and a not too shabby looking €17,850 to the winner, Oleksii Yerema.

But why the Malta Poker Festival?

“It was a coincidence, Roland {Boothby} and Ivonne {Monteleagre} were having a chat about what we could do advertising wise,” said Danis. “Ivonne wanted to buy advertising, but wanted to do something a little different. Roland had the idea of doing a tournament, and I told him that as long as the focus was on the grassroots, then it could go ahead. We know that people come to THM to read about the stars, but most love the site because they can brag to their friends. So putting a focus on it, developing a special THM flag – it’s another way for us to market our brand. I am always pushing the team to think outside of the box when it comes to marketing. We read up a lot about how it’s changing, and the evolution of it, so if a company wants to do something different we will try and make it work.”

Danis talks excitedly about the inaugaral THM Championships being a success, and I ask him what that means? 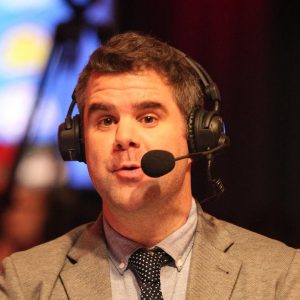 Danis replies, “What makes it a success isn’t the 491 players, that’s amazing, and I never in my wildest dreams expected that number for the first one, but that’s credit to Ivonne and her team for putting on a great tournament. I think the major part of the success of the tournament is the players coming to us excited about getting their first Maltese flag.

“A lot of people asked us where Barny Boatman was, thinking he was still part of the brand. It’s not official yet, but we are looking at having a THM Championship where the four original Hendon Mobsters will be a part of it. Hopefully, even if one or two say yes it will be very special for us.”

A whiff of nostalgia.

I ask Danis what challenges him and the team face at THM?

“The big one is money,” says Danis. “When people have left the company, we haven’t replenished those roles because times are tough. It’s a lot more work for everyone. I took a new role but am still doing my old role, and I am going to have to sleep at some point in the next few months.

“Fortunately, we are also a bunch of sickos, and are passionate about poker so we work our butts off. I had my operation earlier this year {Danis discovered he had testicular cancer}, and later that night I was on the phone talking to Matt Savage, and my wife had to take it way from me.

“We are happy to have boyfriends, girlfriends and spouses who understand what we do is more of a passion than work. It beats the normal 9 to 5 life. A lot of them get to live here, and for the 25-year-old single person they are loving life.”

Danis talked about THM Championship being aimed at the grassroots, but what if a PokerStars came knocking?

“That’s not where our focus is,” says Danis. “We are looking for smaller venues, actually I shouldn’t say smaller because the Seminole Hard Rock isn’t small and we have intentions to go to places like that. We want to be dealing with the local casinos or local festivals, like this one. That said, if PokerStars wanted us to do something in Prague in two months time we would be there. However, even at that tournament we would be looking for the players who are competing for the first time or chasing that first Czech flag.”

It’s been a while since THM reluctantly agreed to let players anonymise their THM data in conjunction with the European Union’s General Data Protection Regulations (GDPR), and I have already noticed that a number of high stakes sickos from Germany have removed their names. When did Danis first become aware of the problems GDPR would ultimately send his way?

“We have known about it for over a year before it happened,” Danis confirmed. “We sought outside counsel and were told there was nothing much we could do. Then we did the same with our in-house lawyers and they agreed. Personally, it’s frustrating; it’s like  Roger Federer telling the ATP to remove all of his results, and that’s tough.

“If you’re Joe the Grinder and it’s not allowing you to get a job in your field then I understand that. Professional poker players? It’s tough. We have WPT Champions who whose data exists on WPT.com, but if you come to the biggest data collection in poker, it’s not there. It’s cringeworthy. It is what it is. We are still looking at it though. I think with the GDPR everyone panics at first, but maybe that will change in the future. There was a storm, and to be honest, we have had such an amazing year since I took over but that really hurt us. We were talking to players asking them to maybe do something else, and it was demoralising. These are players we all look up to.”

Danis is the known for his incredible ability to pull a poker stat out of a hat.

He doesn’t have a hat, but I ask him for some.

I’m not sure where he pulled them from. 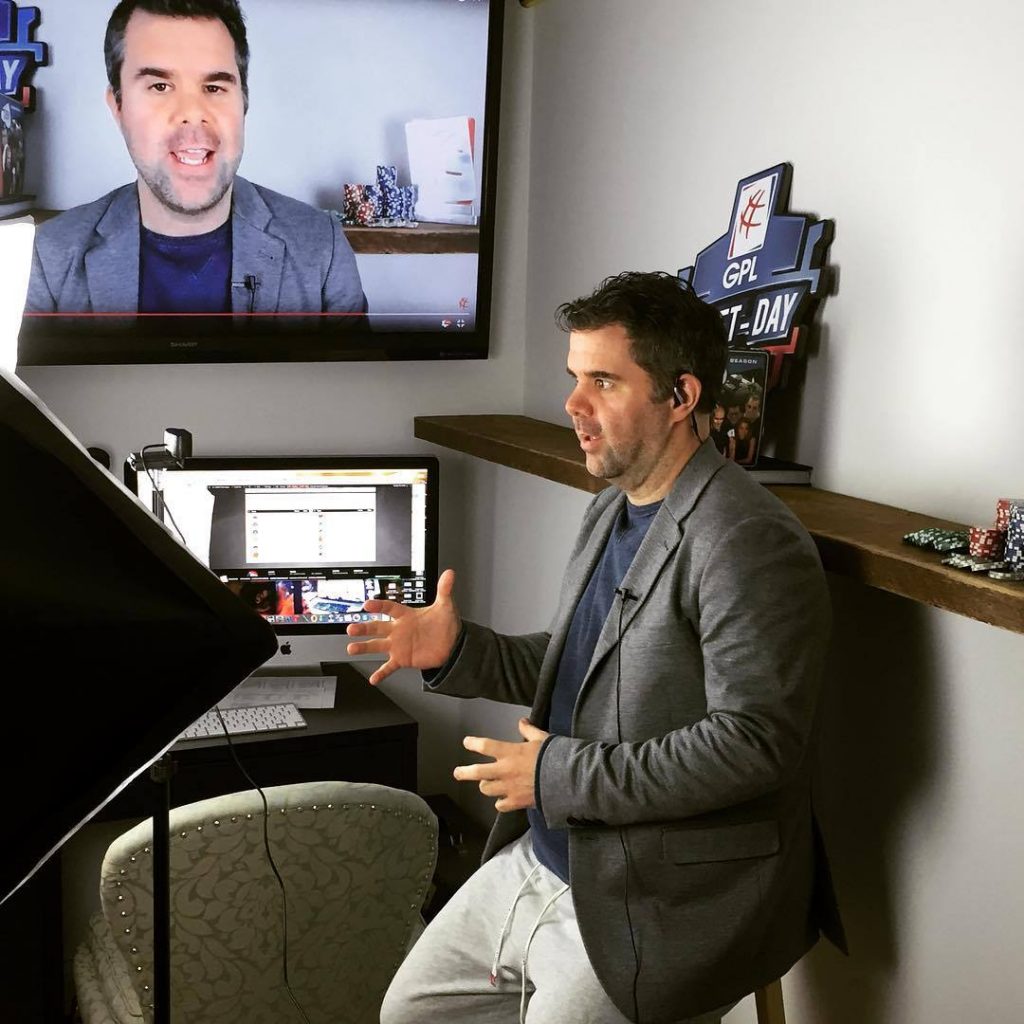 “My favourite THM fact has to be the ridiculous numbers from Vanessa Selbst … basically, once Vanessa cashes in an event, watch out,” says Danis. “Selbst has recorded 84 total career results – she has 15 career victories, basically meaning that she wins 17.8% of the tournaments she cashes in … dig a little deeper and you find that she’s collected 45 Top 10 finishes in her career – so when she cashes, she earns a Top 10 result 53.5% of the time, and we’re not talking about micro-field mega buy-in events either, it’s just remarkable.

“While most people will be lucky to visit 3, 4, 5 countries in their lifetime, Poland’s Miroslaw Klys has cashed in 43 countries around the world, that’s the most “THM Flags” earned by any player in the world – he has added five flags in 2018: Australia, Switzerland, Brazil, Taiwan and South Korea.

“The Hendon Mob programmers were hard at work fixing an issue earlier this year as someone won a billion for the very first time … not dollars, but Vietnamese Dongs! The player profiles in the database were set to nine zeros until then – the re-design was quick and we’ve seen several other billionaire winners in Vietnam since!”

The man is on a roll.

How about some Global Poker Index (GPI) facts?

“The best-ever GPI story is currently happening as poker’s best ever power couple is born as Alex Foxen (GPI World) and Kristen Bicknell (GPI Female) are leading their respective rankings.

“Incredibly, there are quite a few players who have reached #2 in the World Rankings but have never been able to make it all the way to #1 – Fabrice Soulier, Mike Watson and most recently Justin Bonomo are a few these star players

“Speaking of 1-2, Jason Mercier remains the King of the Rankings, having spent 63 career weeks ranked #1, amazingly, Mercier has prevented ElkY from making history of his own. Although ElkY has been ranked #1 for 18 total weeks, who knows how many more weeks he could have been ranked #1 after having been ranked second overal to Mercier for 28 of Mercier’s 63 weeks.”

If you look at the GPI Rankings, with the exception of one or two players, the entirety of the Top #20 are high rollers, showing me that the rankings are doing there job.  But I would still love to see a Champions League finale with the Top 16 or 32 players battling it out

“Me too,” says Danis. “There is some stuff we can work on, maybe not for 2019, but for 2020. We have a casino partner that wants to make a big bang, so maybe not the Champions League, but we will do something. A Champions League style event like the old NBC Heads-Up would give maximum value to the rankings. It would make them that much more important. The only way to qualify is to be good, and consistent. People forget its not just a POY race, the GPI is three years worth of hustle. What’s been refreshing to us with the last two number ones is we have Stephen Chidwick and Alex Foxen both being really open and emotional about wanting to be the number one and that’s great for us.”

On a personal note, I ask Danis to give me an update on that cancer scare.

“I discovered that I had a enlarged testicle,” said Danis. “I had it checked out and found I had testicular cancer. My wife’s first husband died of cancer. I am a fairly new father. I have a 16 year old and 19 year old, and your life changes when you’re told this stuff. It was a little rough but to be honest it happened fast. I had the diagnosis on a Friday and on the Tuesday I was operated on.

“Literally two weeks later we had the awards. It was very tough. Everything was great during the awards, but as soon as the final award was given out I couldn’t get off the stage. I was in so much pain. Roland had to put me to bed. I have now been tested twice, and I do not have cancer.”

Green lights all the way, Danis.

Green lights all the way.