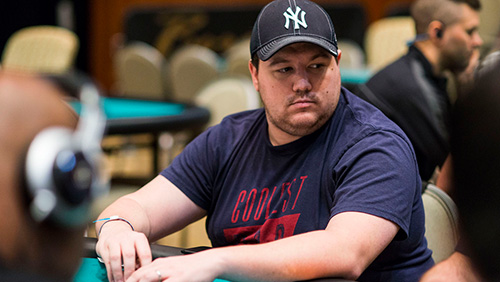 Shaun Deeb has had a pretty impressive year. He has made final tables at several popular poker tournaments and picked up $2.4 million across 15 events during the summer’s WSOP series,

including his third and fourth career bracelets. He has earned over $6 million in live action tournaments, according to Hendon Mob, and over $6.8 million online. He could probably afford to take a little time off; however, there’s one title that has eluded him that he really wants—that of Player of the Year (POY).

Deeb is making a run to Rozvadov, Czech Republic, for the upcoming World Series of Poker Europe series at Kings Casino. There are a total of 10 events slated for the series that will offer a combined prize pool of at least $14.99 million (€13 million). More importantly, this is the last shot players have to pick up points for the WSOP POY race.

Before heading off to Europe, Deeb took some time to talk about his plans with Card Player. He said of his upcoming visit to the Czech Republic, “To be honest, it’s probably unprofitable for me to go there, when you consider the buy-ins and the travel expenses. If it was strictly about money, I would never bother going there, but I really want to win POY, and this is the best shot I’ve had at doing it.”

Deeb is so determined to win the POY award that he played multiple events this summer at the same time. He said of this outrageous activity, “The multi-tabling was definitely a minus EV [negative expected value] move, but somehow I actually made money while I did it. I had a lot of fun doing it, and it made for a cool story. To me, making those two day 3s simultaneously was the most impressive thing I did this summer, not winning two bracelets. I had to accumulate so many chips in both events just to avoid blinding out, running back and forth. Obviously winning a couple million dollars is sweet, but that was my favorite moment, playing both those events at the same time…”

Deeb’s already in the top spot in the race. He has 4,334.06 points with Ben Yu trailing in second with 3,746.04. However, there is still an opportunity for any of the top-rung players, including Joe Cada, John Hennigan and others, to pick up some points at the WSOPE. The race isn’t over yet and Deeb will undoubtedly put on a good show in order to maintain his lead.