Home / Poker / 10 gold bracelets up for grabs at WSOP Europe 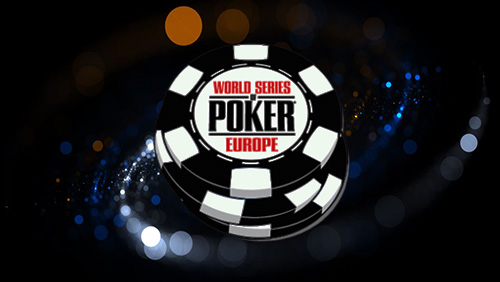 Just over two weeks remain until the start of the 2018 WSOP Europe (WSOPE). The series of events will get underway on October 9 and run until November 2 at King’s Casino in Rozvadov, Czech Republic, the casino that has become synonymous with major European poker tournaments. There will be a total of ten gold bracelets to be awarded, compared to the 78 that were won this past summer at the WSOP Las Vegas series.
If players aren’t interested in a little gold bling, perhaps the prize pool will be a better enticement. The WSOPE offers a total guarantee of €13 million (US$15.3 million) across the events. The main event, a €10,300 (US$12,132) NLHE tournament, has €5 million (US$5.88 million) up for grabs.

Here’s a look at the schedule:

This year’s WSOP Player of the Year race will conclude when the WSOPE wraps up. Shaun Deeb currently sits on top of the leaderboard with 4,334.06 points, followed by Ben Yu (3,746.04) and Joe Cada (3.531.86). Deeb has had a spectacular run this year, winning two bracelets and cashing 17 times. In total, he has picked up over $2.5 million in nine months. So far, none have confirmed their participation in the WSOPE.