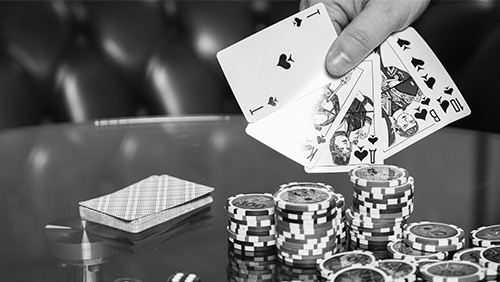 PokerStars react brilliantly after a punter saw his dream of a trip to the PokerStars European Poker Tour in Prague go up in smoke in a strange turn of events in The Big Race.

You finish in the top 20 places in the $2 buy-in No-Limit Hold’em Big Race promotion on PokerStars and are randomly drawn Valtteri Bottas in the Formula One race in Russia.

If Bottas wins, BetStars (PokerStars sibling), will reward you with an all-expenses-paid trip to Prague to compete in the PokerStars European Poker Tour (EPT) Main Event and the chance of winning life-changing deniros.

You’re grateful to be on the grid, let alone pole position. However, you know Bottas doesn’t stand a chance. It’s Lewis Hamilton all the way. And then the extraordinary happens. Bottas leads, and he’s going to win the bloody thing. White butterflies tickle your stomach; your shirt clings to your hairy chest courtesy of panicky perspiration. Your wife begins Googling things to do in Prague. The kids are already organising the house party when you’re gone.

And then, under orders from Mercedes, Bottas slows down and allows how teammate Hamilton to overtake him.

You have been well and truly swizzed.

And that’s precisely what happened to Daniel Dohotaru this past weekend.

“I was really excited when Bottas had pole position and then when I read what might happen, not so much”, Dohotaru told the PokerStars blog after the race. “I was hoping they would allow the race to play out, but it wasn’t to be. My wife was so disappointed.”

I told you she was busy googling things to do in Prague.

Fortunately, for the Bucharest-based amateur poker player, BetStars is an online sportsbook with a heart, and after a team decision of their own it was decided to award two packages to EPT Prague, meaning Dohotaru and his wife will get the chance to burn the midnight oil at the Hilton’s five-star hotel after all.

Roberta Ban, who had the fortune to draw Hamilton, joins them.

Last year, an in-form Kalidou Sow conquered an 855-entrant field to win the €675,000 first prize after an ill-tempered heads-up encounter with Jason Wheeler.

This year, the winner will earn a €30,000 Platinum Pass to the €25,000 PokerStars’ Player’s No-Limit Hold’em Championship and the chance to win multi-millions in prize money.

It’s the third-time, PokerStars and BetStars have partnered to run The Big Race promotion. In 2017, Tony Rogers won a trip to the PokerStars Festival in Lille, after his randomly chosen horse, Big Orange, won the Ascot Gold Cup, and in March, Chris Hopgood, a 30-year-old CAD technician, from Wimbledon, made it through the $2 No-Limit Hold’em event and was randomly drawn Native River who went on to win the Cheltenham Gold Cup securing Hopgood a seat in the PokerStars Festival in Marbella. ​