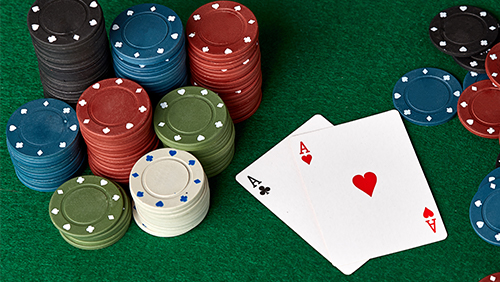 If you’ve ever won money playing a live poker tournament, you’ve probably gone online pretty soon afterwards to check your Hendon Mob page. For many years, The Hendon Mob hasn’t just been the name of the four men – Barny and Ross Boatman, Joe Beevers and Ram Vaswani – who hailed from Hendon and conquered British poker. The Hendon Mob is also the definintive place to look up a poker player’s live results.

For many years, however, there have been no online results on the site, with those numbers only being found on Pocket Fives, another website that has become the go-to destination for anyone checking results.

That was until this week, when it was announced that real-name online poker results will soon be added to The Hendon Mob website. We spoke to The Hendon Mob’s Eric Danis to discuss the changes.

“The demand was overwhelming from the poker playing community,” he says. “We love the passion!”

Clearly, the poker community have spoken in their droves and The Hendon Mob, known for its ability to react to trends in the poker industry, has listened.

“To be clear, we’re only posting published results with real names and not including any screen names nor will we be converting known screen names,” continues Danis. “Only real name results published from the sites or a known news outlet [such as] PocketFives or PokerNews will be published on The Hendon Mob.”

Here’s how the popular poker site broke the news on Twitter:

🔸 NEWS: THM will now add results from major online poker festivals using published results with real names ONLY
👏 We would like to thank @Lance_Bradley and our friends @pocketfives for their help in this process pic.twitter.com/zcNztrjxS8

Obviously, there’s a difference between what constitutes a big online win, as any results are relative to stakes – some players or results are going to fall below the line.

“Online results will not count towards a player’s results, stats or rankings,” Danis describes. “We will only publish the results, but they will not impact The Hendon Mob or Global Poker Index statistics.”

It’s going to be a long, arduous job for many people, one would assume, but after many changes over the years, it’s a sign of poker’s future that a more collaborative nature may come into many facets of the industry.

The Hendon Mob are working in conjunction with PocketFives on the addition of online results to the site, and it’s clear that Danis credits the hugely popular site for their work after many years of collaboration.

Passion is a word that drives both The Hendon Mob and PocketFives, and Danis is quick to credit the phenomenal efforts of his friend and fellow industry legend Lance Bradley, who heads up the team at P5.

“Lance and his team are so passionate about the game of poker, they take care of online results and rankings while we do the same for the live tournament circuit.”

There will be many online players who don’t currently play a lot of their tournaments under a real name, but an alias. It’s a hot potato of a debate and never seems to go cold, but Danis can see both sides of the coin.

It’s an exciting poker future and with real-name online poker tournaments being very popular with fans, this initiative could see a future where it’s easier than ever to access detailed information about poker players around the world on the original and still best poker site for that crucial purpose.

The Hendon Mob, as it always has done, is moving with the times and giving poker players and fans the most up-to-date information on the game we all love.