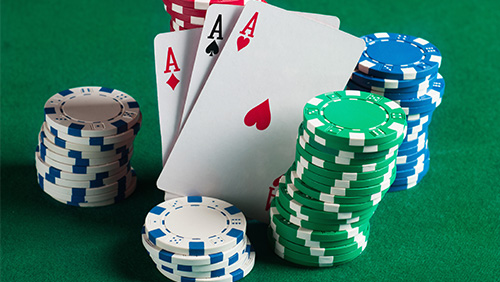 Despite clashing with the World Series of Poker Europe, partypoker LIVE and the World Poker Tour attracted 792-entrants to a Montreal Main Event that went the way of Patrick Serda.

“If you play well, titles will come,” said Patrick Serda in the aftermath of his 2017 decision to hand William Kassouf the trophy in the €10,300 No-Limit Hold’em High Roller at the PokerStars European Poker Tour (EPT) in Prague, instead preferring to take the chunkiest chunk of the table change.

Serda trounced 792-entrants to win the World Poker Tour (WPT) Montreal Main Event, banking the CAD 855,000 first prize. The event, the first between partypoker LIVE and WPT, was a phenomal success with the CAD 5,000,000 prize pool the largest of Season XVII thus far.

It was a special final table, featuring the likes of Upeshka De Silva and Sorel Mizzi, but it was Ema Zajmovic that caught most of the attention. Zajmovic defeated a 380-entrant field to win this event in February 2017, becoming the first female to win an open WPT event in 16-years, and she was the only person stopping Serda from taking the title going into the final flurry of this thing.

Serda began with a slight chip lead (16.15m v 15.675m) after his pocket nines smashed Sorel’s pocket sixes to smithereens, and the pair hardly play a pot of note before this went down.

The defeat will be a tough one for Zajmovic, after finishing in the same spot back in April during the WPT Main Event in Amsterdam. Serda has now earned more than $1.6m playing live tournaments. It’s his third tournament win, and his first since 2016.

However, it’s not his most significant cash. That came in the Will Kassouf deal with Serda walking away with $750,216. Serda is also a dab hand, online. Last year, the Canadian won the $10,300 NLHE High Roller in the PokerStars World Championship of Online Poker (WCOOP) for $469,191.

Other titans of the game breaking windows deep into this thing were the WPT Champions Club members, Jonathan Little (8th) and Ami Babakhani (12th), and the Britain’s Simon Deadman (13th).