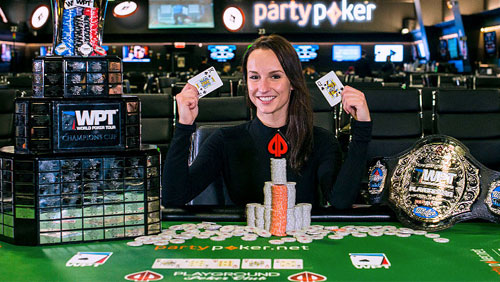 I’m one of those parents trying to live the unfulfilled parts of my seesaw life vicariously through my children. It’s not like I have a scimitar held at their throats – it’s more subconscious than that, and that creates more misery because most of the time I am unaware.

As a self-imposed veteran of life, I think I know it all. I know that a few too many Gin & Tonics means you will end up impregnating someone behind the bus stop. I know one too many Marlboros leads to lung cancer. And if you keep posting idiotic selfies on social media then you will grow up lacking self-esteem.

My teenage son, Mr Congeniality, reminds me frequently, that I have no idea what it’s like to grow up as a teenager in the year 2017.  Pause. Think.

I might not know what it’s like to be a teenager, today. But the sight of someone trying to impress the world sticks out like a cockroach sitting on the cherry on the cake.

When I sat down with the World Poker Tour (WPT) Champions Club member, Ema Zajmovic, and asked her what her mission in life was, she didn’t say I don’t have a mission; I live in the now, I want to win a World Series of Poker bracelet.


She said she wanted to help our children understand and respect themselves, and I want to join her gang.

The poker media paints you as the first female poker player to win a WPT Main Event in 15-years. Are you proud of that or does it piss you off?

“It doesn’t piss me off; it’s just not realistic. It’s great. It’s done. It’s over. It’s not a big thing for me, anymore. I look at the odds of a female winning a WPT event and think I was just the lucky one to win a tournament, that’s the way I see it.”

Are you someone who is affected by gender inequality?

“When I started playing poker, I didn’t think so, but then I started noticing some incidents that lacked respect. It’ all about respect for me and you have to start by respecting yourself. It’s not just women in poker who have trouble. Older people also have issues. There are so many stereotypes in poker. I don’t want to say I’m a feminist but if I have a loud personality then people will listen to me, and if that changes some behaviours then I have to say something, especially if I notice things going against my values.”

I know you used to work in politics, was the same gender inequality present?

“I think it’s in all of life. In politics, there are fewer women. I did more political communication and think you have the same issues and the same challenges. It’s a game of power, and there is a lot of stuff always evolving, and so the dynamics are interesting in politics, as they are in poker.”

Would you ever return to politics?

“I don’t like to be in front, that’s why I chose political communications so I could be in the background where I think you can have more power. I enjoy the strategic aspect of it more than being a spokesperson. You have less control, and I like to be in control.

Who knows, we have to see.

You can use the skills learned in politics to advance your brand in poker and sing from a higher vantage point.

“When I was young I had a bigger ego and wanted to be sponsored and wanted to be the best female poker player, etc. Now I just want to be the best at my table. I want to be profitable, and I am not interested in patches and things like that. I have other goals in life. Poker is amazing and gives you lots of opportunities, but there is more to life than money. I have other things I want to pursue.”

What are the things you would like to do but don’t because you are afraid?

“I don’t have my driving license, that’s my dark secret. I am scared of driving. I want to have control in my life but not with driving. The running joke is I will have my license when the world is full of self-driving cars. I can’t wait for that technology to arrive.

“In general, I try to put myself in challenging spots. I am travelling alone. When you adapt to spots like that things, get easier. At the same time, I am still scared, but it’s a good scared feeling. You have to try things, and I don’t mind looking stupid. You don’t learn anything if you don’t commit yourself to so 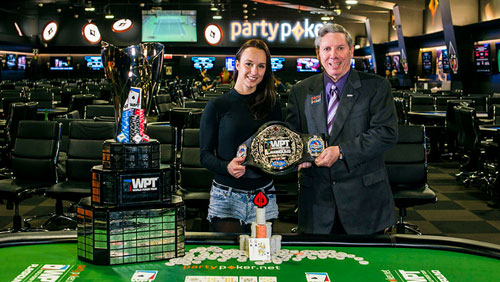 What is your mission in life?

“I want to help people. I am a devoted person with the family, friends, and in love. I can’t be neutral in life when I see injustice. I am aware I am lucky in life, and so I need to help others.

“I want to do something for younger girls. In social media, there are so many insecurities. People are having messed up relationships very young and don’t have any experience.

“I want to help people feel empowered. To feel good about themselves and know themselves better. When they are at an age when they have so many things going on, and they don’t know what they want, what they like, or how to respect themselves. They are craving for attention in many ways. In social media, everyone is so lost, and we need something to help them become centred.

“People need to reflect on why they post on social media, especially the younger ones. Have a good reason for what you are doing. When I talk to people, they seem unhappy. We are getting lost, and I think it’s pretty sad.”

Your success and standing in the poker community will help you create a platform to help more people.

“When you try to help others, the ego thing is something I am trying to be aware of. In poker, ego is the worse thing you can have for results, in life as well. I think, ‘Who am I to pretend that I can do this?’ I have this feeling deep inside that I want to help. I don’t care about anything else.”

You have gone through what these children now go through. I looked at your Twitter account before the interview, for example. It seems to be go-to for people to understand someone.


“I do it for my work. But for myself, who cares about my life? When I have a deal for something I post something and think nobody will care, but they do. But why? They don’t even talk to me when I see them, but they follow me and like my stuff, and that’s weird. I rarely post on Twitter, but I post in Instagram privately because I like taking photographs.

“We have to talk about it. Don’t rush people, but challenge how they think. When I first joined poker, I got pissed. Talking about feminism, there are a lot of girls who say, ‘Ok let’s go and prove a point.’ But the game is so old; it would take too long to change the mentality. You can’t be rude if you want to change things. I see a lot of girls who are being more masculine, aggressive, vulgar and I don’t think it’s the right way to prove a point. If you want to respect yourself you have to be feminine, and that doesn’t mean being all girly; I am talking about self-respect and authenticity.”