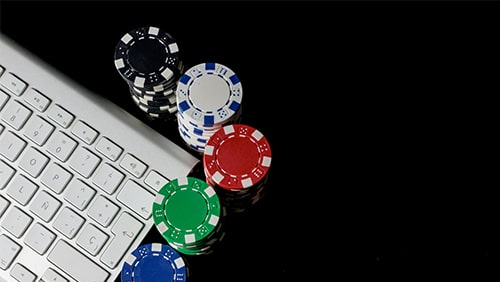 The #WPTWOC Leaderboard was running throughout the series too, with the top players trying to accumulate points to top the chart and win a massive $50,000.

After weeks of competition, the winner of the 2020 WPT World Online Championships was Russian player Artur Martirosian, who won the $50,000 courtesy of amassing 430.87 points, some way clear of British player Scott Margereson, whose 377.94 earned him a $10,000 windfall to add to his $2 million in live winnings in what is a poker career to already be very proud of.

Martirosian is one of the biggest names to emerge on the high roller circuit in recent years. With almost $750,000 in live winnings, his online winnings have gone up and up, with eight cashes in the recent WSOP 2020 Online Series alone.

While Addamo was winning the Super High Roller event, Martirosian and Margereson were both taking on the $10,300-entry Mini Super High Roller event. Incredibly, both men made the second day, meaning that the leaderboard prize was still up for grabs. Margereson couldn’t outlast his Russian opponent, busting in 6th place with Martirosian still involved, meaning that he couldn’t be caught in the race to become Player of the Championship.

With the World Poker Tour celebrating that moment of victory for Martirosian amid a busy week for the brand, they found time to look back on another crucial hand in Matt Savage’s Bad Beat of the Week:

Martirosian wasn’t satisfied with winning the Player of the Championship series and ended up taking the Mini Super High Roller title too, winning $239,500. With well over half a million in results, the Russian triumphed by some distance.

Elsewhere in the top 10 places on the leaderboard, Main Event winner Phil Mighall took an additional $5,000 for his podium place, adding to the $1.5 million he banked by taking down that prestigious event and adding his name to the WPT Mike Sexton Champions Cup.

With others such as Bulgarian player Dimitar Danchev (4th for $3,000) and Team partypoker pro Roberto Romanello (5th for $2,000) also cashing in the top five, the top 10 also featured Kristen Bicknell, Mikita Badziakouski and Teun Mulder in a closely-fought leaderboard at the lower end of the money places.

Artur Martirosian has once again proved just how consistent he is at winning big in poker, and it has been rewarded in spectacular fashion, the Russian winning two-thirds of the money handed out to the top 10 players overall, just the latest impressive result in recent memory. Martirosian is already a name to watch for some major titles in years to come, but even more so after this latest victory.