Home / Poker / Asian Poker Tour to be held in Japan 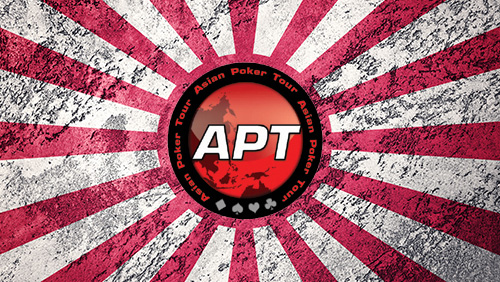 Next year will see the first appearance of the Asian Poker Tour (APT) in Japan. The APT Tokyo is scheduled to take place over the course of two weekends, beginning February 1 and ending

Monday, February 11. The series of events will be run a little differently than most tournaments, though, and won’t award cash to the winners.

APT Tokyo will consist of eight different events, all played at the Casino Stadium Tokyo. In lieu of cash, winners will be resented with entry packages to participate in the APT Philippines, which will be held in April and May. That series takes place in conjunction with the celebration of Japan’s Golden Week.

The APT recently wrapped up an appearance in Vietnam. It held 11 tournaments in Da Nang from October 5 through October 11, including the main event that featured a guarantee of $257,256. The event was taken down by Tetsuya Tsuchikawa, who took home just over $70,000.

The full schedule for the APT Japan series is currently as follows: