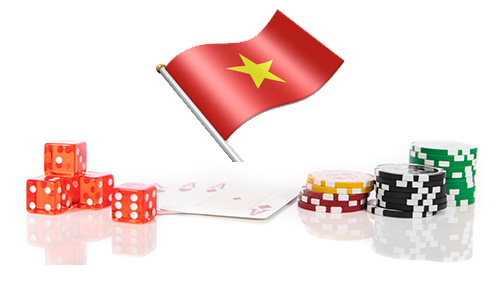 Vietnam is a favorite destination with tourists, thanks in large part to its biodiversity. It has over 15,980 species of flora, 840 species of birds and 310 mammals. It is also becoming a popular destination for another type of mammal—the poker player. Two of the world’s most famous poker tournament organizers are gearing up to offer some major festivals using the Vietnamese landscape as a backdrop.

The World Poker Tour (WPT) is now on hand at the Pro Poker Club in Ho Chi Minh City. Highlighting the festival is the WPT Vietnam Main Event, which gets underway on September 28 and wraps up on October 2. The buy-in is VND22 million, or about $942, and offers a guaranteed prize pool of VND8 billion, or about $342,884. With a little luck, the field will swell and push the prize pool even higher.

The WPT Vietnam festival commenced this past Wednesday with its Welcome WPT Vietnam tournament. The Main Event will certainly be a big draw, but a High Roller tournament scheduled to begin on Monday could be just as exciting. It features a buy-in of VND44 million dong— about $1,885—and the prize pool will be determined once all the buy-ins are collected.

There will also be some action along the Vietnamese coast. Da Nang is preparing for the Asia Poker Tour (APT) to come into town on October 5 to lead 11 tournaments and the CoinPoker Super High Roller. The games will wrap up on October 11.

The APT Main Event is set to start dealing cards on October 6 and will run through the end of the festival. It also features a buy-in of 22 million dong, but a guarantee that is slightly lower than that of the WPT Asia. The guarantee is only VND6 billion, or approximately $257,256. There will be three starting flights over three days, as well as three satellite events with buy-ins of VND4.8 million ($206).