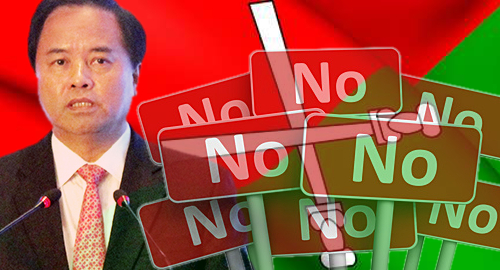 China has torpedoed rumors that the island province of Hainan would be allowed the freedom to offer gambling or other betting activities.

On Tuesday, the state-owned Hainan Daily newspaper quoted Liu Cigui, Secretary of the Hainan Provincial Committee of the Communist Party of China, emphatically pouring cold water on “online comments about opening casinos, allowing gambling and horseracing” that were widely reported earlier this year.

Hainan was officially given free trade zone status on Tuesday but the relaxation of restrictions on foreign investment won’t extend to casinos, gambling or betting. Liu Cigui (pictured) said reports to the contrary were “divorced from China’s reality,” as such activities “will never be allowed.”

In February, Bloomberg reported that the central government in Beijing would allow Hainan to develop a horseracing industry, although the possibility of actually wagering on the outcome of these races went unconfirmed. Similarly, Hainan was said to be allowed certain types of lottery operations – including online sports lotteries – beyond those currently available on the Chinese mainland.

Five years ago, some Hainan resorts began offering so-called ‘cashless casinos,’ which resembled standard casino table games but winnings were paid out in credits that could only be redeemed for non-gaming amenities at the resorts. International media reports spotlighting these cashless casinos quickly led to their closure by local authorities.

In February, a Hainan court overturned a lower court ruling in which four staff members at the Mangrove Tree Resort went to prison for their role in organizing its cashless casino. This prompted speculation that Beijing was serious about relaxing its longstanding prohibition on casino gambling outside Macau, and several Hainan resorts reportedly began ordering baccarat tables for the new ‘entertainment bars’ they planned to install.

Sadly, these plans appear to have been for naught, and the only people really celebrating this week’s news are local prudes and Macau’s casino licensees, who can go back to counting their money, at least until Donald Trump retweets an unflattering meme of Xi Jinping as Winnie the Pooh and Xi declines to renew the Macau casino concessions of Las Vegas Sands, MGM Resorts and Wynn Resorts.