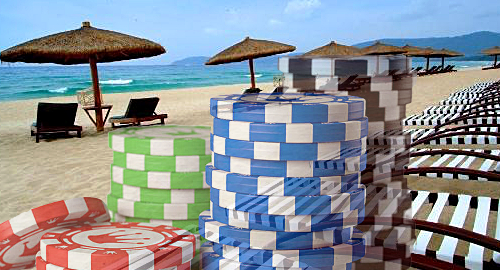 The shuttered ‘cashless casinos’ in the Chinese island province of Hainan could be making a comeback following a recent court ruling.

About four or five years ago, resort operators on the island of Hainan launched so-called ‘cashless casinos,’ which resembled a standard casino gaming floor except all of the table winnings were paid in credits that could only be redeemed for non-gaming amenities at those same resorts.

The local authorities were quick to crack down on these cashless casinos, despite operator claims that they were part of a government-approved pilot program that would ultimately lead to real-money casinos on Hainan.

In February, the Intermediate People’s Court of Hainan overturned a lower court’s ruling stemming from the cashless casino fiasco that resulted in jail time for four staff members of the Mangrove Tree Resort. The court found that “the facts of the original judgment were unclear and the evidence was insufficient” and sent the case back to the lower court for retrial.

Ben Lee, managing partner at gaming consultancy iGamiX, told iGamingTimes that the Hainan high court wouldn’t have overturned the lower court ruling “without approval from Beijing.” Lee noted that Hainan’s tourism industry was overdeveloped and underutilized, and gaming reform was way of rewarding companies that invested in Hainan at Beijing’s urging.

The intention behind Hainan’s cashless casinos “was to invigorate the economy” but since other invigorating options had failed to move the needle, Beijing is “finally going to let them try this concept again. Online lotteries and sports betting are all part of this liberalization.”

The high court ruling, coupled with Beijing’s recent decision to permit sports lottery operations on Hainan, could lead to the launch of real-money casinos on Hainan, albeit not for another five or ten years. Lee predicted the cashless casinos would be trialed again for five years, but “between the fifth year onward to the tenth year, we think they may let the cashless casinos become full casinos.”

Whatever transpires and however long it takes, Lee added that Beijing was anxious not to repeat its perceived mistakes in Macau, meaning western casino companies would likely be left on the outside looking in at Hainan’s casino market.