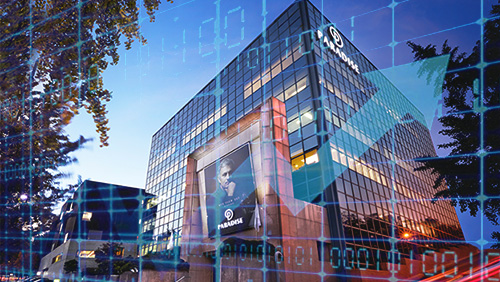 It may not be much, but every little bit helps. Paradise Co., the South Korean-based foreigners-only casino operator, announced its financial statement for September on Thursday, and said that it saw a revenue increase year-on-year, but only by 0.9%. The improvement comes as the company improved its electronic gaming machine (EGM) business by 37.4%.

The revenue for September was $46.84 million, up from the $46.41 million it collected a year prior. Table game revenue fell, but only slightly, resulting in the company taking in $43.67 million from table games last month. The fall was due to “bad luck” and the table drop grew 6% to $421.56 million.

EGMs gave the company $3.176 million during the month. This was significantly more than the $2.294 they earned in September 2017 for Paradise Co.

September growth may have been slow, the revenue reported by the company for the first nine months of the year was better. Paradise Co. earned $407.97 million over the period for an increase of 17% year-on-year. Table game revenue increased by 16.9% to $379.71 million and the table drop grew 12.4% to $3.705 million.

Paradise Co. has four properties in South Korea and the financial reports span all of them. It operates Paradise City in Incheon, the Busan Casino in the port city of Busan on the southern coast, the Jeju Grand and the Paradise Casino Walkerhill in Seoul.

Last month, Paradise Co. said that it had expected substantial revenue improvements for Paradise City, the only integrated resort (IR) in the country. It had just opened its second phase, which included a spa, large nightclub, a 58-room boutique hotel, an art gallery and a TV and film production studio. A child-friendly theme park is expected to be added early next year.

The first phase of Paradise City, which is a venture between Paradise Co. and Sega Sammy Holdings Inc. out of Japan, first opened its doors on April 20 of last year. Being the first IR in South Korea, it’s difficult to gauge what to expect from its annual performance and to know what could have been the cause of last month’s report.