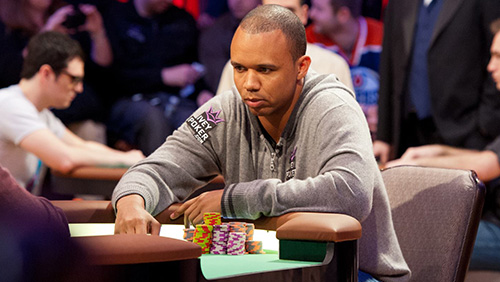 After Phil Ivey lost the battle that pitted him and gambling partner Cheung Yin “Kelly” Sun against Atlantic City’s Borgata, he was ordered to cough up the more than $10 million he had won playing Baccarat at the casino. Needless to say, Ivey’s been a little more than a little hesitant to make restitution and his lawyers have argued that paying such a massive sum would cause the poker pro irreparable harm. While that debate is still being worked out, the Borgata has decided to find new channels to make Ivey pay up.

CardPlayer reported last week that the Borgata has entered a cross-appeal against Ivey in the U.S. Court of Appeals for the Third Circuit. The appeal requests that the original case, the one that claimed Ivey owed the casino for edge-sorting, be reinstated completely. In other words, the original demands made by the casino and the restitution sought would need to be covered.

This doesn’t paint a good picture for Ivey. USPoker noted that Ivey would have to pay as much as $30 million, which was what was requested in the original lawsuit. That amount was designed to cover damages incurred by the casino, as well as legal fees.

VegasSlotsOnline reported that the Borgata was also looking to approach the matter from a different angle. It said that the casino wanted to reconstruct Ivey’s baccarat hands in an attempt to collect their value. Ivey had played around 1,800 and Borgata brass estimated that the rake could have been as much as $5.4 million.

Ivey won over $10 million at the Borgata in 2012 while playing Baccarat. He was later accused of edge-sorting, a maneuver that allows a highly skilled player to identify cards by small defects. Borgata sued him two years later over the offenses, but Ivey asserted that he didn’t do anything illegal. A judge ruled in November of that year that Ivey was guilty of “violating the terms” of his contract with the Borgata and ordered him to pay up. He has been fighting the judgment ever since.

Ivey hasn’t been seen at the felt as much in recent times, but he has made a few appearances this year. He participated in the $1 Million Big One for One Drop in July, but didn’t cash. He did, however, give a strong performance in May at the HK$1,000,000 NLHE –Short Deck Ante Only tournament at the Triton Poker Super High Roller Series in Montenegro. He finished third and took home $1.6 million. According to Hendon Mob, he has earned around $2.4 million at live tournaments this year.